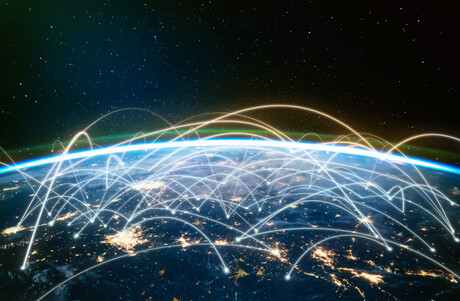 After a turbulent last two years, we’re still not exactly back to business as usual. However, as we emerge from the uncertainty, we see organisations easing out of crisis mode and getting back to long-term planning with an eye firmly on the future. Below are two personal predictions I would like to share for 2022.

Electrification looks set to continue to be a priority for industries across Australia and the globe. In 2022, I expect to see both public and private sectors ramp up investment in renewable energy infrastructure including microgrids.

Over recent years Australia has fallen behind on the adoption of electrification compared to other countries. Both from a political and general public perspective, the thinking has been that EVs are not adopted here because of range limitation and the long distances we have in Australia. However, the opposite is actually true: Australia is well suited to EVs, not only because we have access to lots of renewable energy (mainly solar) to be able to provide a cheap and easily deployable recharging network but also because, in a lot of situations, EVs make a lot of sense in major Australian industries.

For example, EVs such as trucks for the mining industry are not only safer, especially in underground conditions, but also much cheaper to maintain with significantly fewer mechanical parts subject to wearing in harsh conditions. Many mines in Australia are remote and already have plans for microgrids and operating their own renewable energy plant and storage batteries for their needs. Using EVs makes absolute sense. Forestry and farming equipment fall in the same category. So, therefore, I expect to see electric vehicles become the centre of attention and investment for households, large fleet companies, agriculture and the mining industry.

The space industry is booming in Australia and I expect to see that continue in 2022. Investments in space systems (including defence) will continue to increase, and this will drive the push for advanced software in areas such as sensor fusion, advanced control design, code generation and robotics, for example.

Australia has a very long history in space exploration starting with the Apollo missions. The creation of the Australian Space Agency in 2018 and the government funding (if modest compared to other big space nations) sent the right signal to tech entrepreneurs that they could invest at a lower risk, leveraging government funding and support as well as the long historical connections with NASA, ESA and JSA to access international projects and funding. The government funding-backed CRC mechanism is also a strong financial foundation to link industry and research in Australia.

Microrockets and microsat technology advancement and access to low-cost hardware have made entry into this industry possible at a much lower investment cost. Likewise, advancements in AI, robotics and autonomous systems at a lower cost make it easier for start-ups to develop systems that can compete with the big international players.

Australian universities produce some of the best engineers in the world and have also a long history of space research. Australian universities’ rocketry teams regularly win international competitions and break records. Beside the well-trained graduate engineers who are keen to join fast-growing startups, there is also a solid base of research engineers from Defence DSTG, defence contractors and telecom engineers making the jump into the space startup world leveraging their engineering experience and network of future potential customers.

With Australia’s unique geographical position in the Southern Hemisphere, very favourable weather conditions and stable geopolitical situation, this gives this industry very strong prospects as long as the government continues to invest and adapt regulations.

Boris Gabin of Emerson Automation Solutions discusses the effects of the pandemic and...

Rosanne Jessop of Pilz Australia and New Zealand discusses safety standards and the impact of...