The reshoring debate in Australian manufacturing 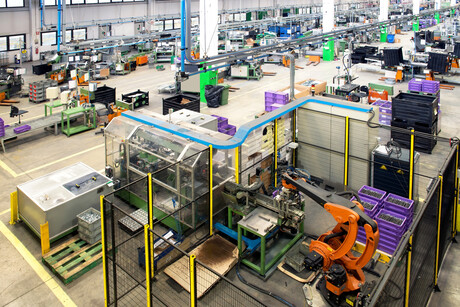 In the 1960s, manufacturing accounted for almost 30% of Australia’s gross domestic product. Today, the figure is approximately 5.7%. With recent events exposing major risks in the global value chain, the notion of ‘reshoring’ has gained added impetus.

A lack of self-sufficiency and a dependence on China for many key supplies has been demonstrated to be a greater problem than many previously assumed. This has been true in the pharmaceuticals sector most obviously, but other sectors, such as chemicals and automotive, have felt the impact of an over-reliance on China.

In many places, there is serious and often excited discussion about the possibility of reshoring manufacturing. In Australia, talk of this phenomenon certainly predates the current crisis. The pandemic occurred at a time where mounting structural pressures were already reducing the appeal of offshoring.

Across the Western world, many companies moved their manufacturing capacity offshore, to take advantage of lower labour costs in Asia. The trend began in earnest in the 1970s, was especially prominent in the 1990s and has continued into the twenty-first century.

Australia has been more heavily impacted by this development than most. Today, the manufacturing sector is responsible for a mere 5.7% of GDP. The closure of Holden’s last plant in 2017 served as a powerful symbol of the decline of the country’s manufacturing.

The chief driver of this transformation has been cost. Companies were enticed by the lower wages in many parts of Asia, which placed domestic workers at a severe competitive disadvantage. This reality coincided with a period of relative international stability in the immediate post-Cold War years, seemingly reducing the risk of longer supply chains and an over-reliance on foreign imports.

Yet as we enter the third decade of the twenty-first century, the cost benefits of offshoring are relatively less obvious given the emergence of two important structural changes. Firstly, rising prosperity in China is eroding the advantage that low labour costs previously offered.

Secondly, the technologies associated with Industry 4.0, including automation, additive manufacturing and artificial intelligence, are becoming commercially viable in a greater range of applications. According to the World Economic Forum, Australia is a ‘high potential country’ in relation to Industry 4.0, being well placed to take advantage of these technologies.

While decision-makers had previously focused exclusively on cost, many of the risks of off-shoring were somewhat overlooked. Concerns about product quality have been foremost among these, but sustainability considerations, risks to intellectual property and growing consumer preference for ‘made in Australia’ are also relevant here.

Prior to the coronavirus pandemic, evidence of reshoring as a genuine phenomenon was mostly anecdotal. An OECD research paper in 2016, which examined aggregate level data, failed to find evidence that significant onshoring activities were taking place, despite an increase in media interest in the idea. The authors of the report concluded it was a ‘trickle’ rather than a ‘flood’.

Experts are clear that there will be no return to a bygone era of large-scale manufacturing on Western shores, and offshoring will continue in many cases. A recent scholarly survey of the many contributions to this discussion concluded “we do not believe that COVID-19 will make lean or offshoring out of date or change completely the validity of the theoretical lenses that we have used in the last 50 years”.

However, the same experts argue that the pandemic demonstrated the risks of offshoring were higher than many assumed and that the pandemic would “foster and accelerate decisions”. In the structural context of the pressures outlined above, the pandemic could therefore function as a trigger to boardroom decision-making.

Many governments are introducing initiatives to encourage this development. In Australia, the government accelerated depreciation deductions and raised the threshold for tax deduction for capital investments.

The attractiveness of reshoring clearly varies by market segment. For example, an Australian textile company moved production to China and Pakistan for cost reasons. The company was in a market segment where large orders were won or lost on very small differences in price. Reshoring was not a commercially viable option because of the higher cost.

In contrast, for an Australian machine tool company that was selling high-tech equipment, reshoring was a more attractive option. The business was selling premium equipment, so in its market segment cost was not the only consideration. Reshoring was more viable because the quality of the product and the stability of the supply were key considerations for its customers.

It is no surprise that those businesses successfully exploiting the onshoring opportunity are geared up to take advantage of automation technologies.

One difficulty many manufacturing businesses face is that even where the case for reshoring is strong, the domestic workforce cannot supply the engineering and technical expertise required. A survey in 2018 showed that 21% of Australian manufacturing CEOs highlighted skills shortage as their top concern for the coming year.

Some companies may stop short of fully onshoring but consider alternative strategies to the traditional offshore approach. One option that is likely to prove popular is near-shoring. We may see manufacturers move their production out of China, only to take advantage of the lower labour costs in developing countries like Vietnam and Indonesia that are closer to home.

The fate of Australian manufacturing is also, to some extent, dependent on the fortunes of the dollar. The boom in mining has fuelled a significant increase in demand for the country’s currency, making exports from other sectors less competitively priced in international markets.

Long-term economic and technological trends, combined with the shock of COVID-19, are making a serious dent in the appeal of offshoring. It remains to be seen whether anecdotal reports of reshoring translate into an increase in Australia’s manufacturing base. However, investment in automation and calls in some quarters for a clearer national strategy are positive signs that many more will be coming ashore in the months and years ahead.

Martin Broglia of Bonfiglioli discusses the effects of COVID-19 and the future under the new normal.