The challenges of hiring an apprentice instrument technician 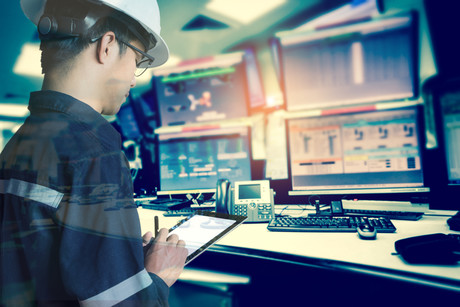 Several times now, at AMS, we have tried to employ an apprentice. Each time there have been difficulties.

I doubt whether most applicants understand what an instrument technician does. Most trades are well known: young people can see direct evidence of what they may expect in their day-to-day life as a carpenter, bricklayer, plumber, mechanic or electrician. Currently, of the traditional trades, an electrician is generally considered to be most closely aligned with instrumentation, unlike years ago when instrumentation was a standalone trade. The electrical aspect is only half the picture though. To me, the combination of electrical, pneumatics and mechanical influences makes instrumentation one of the most interesting and diverse trades around, but I’ve had years of experience. A school leaver is unlikely to have had access to an industrial site or be able to visually identify a valve or transmitter, so they don’t have an innate understanding of what the trade represents. How can we expect them to know whether they want to work with instrumentation when they don’t know what it is? Instrumentation has an image problem — in that it’s almost invisible outside of our own circle.

Then there’s reviewing résumés. As new entries into the workforce, apprentices are always going to be something of a gamble. Their résumé is always going to be light on relevant experience. Obviously this isn’t the applicant’s fault: everyone needs to start somewhere. We need to look for signs that the applicant will be reliable: previous part-time work or finishing high school can be an indicator towards reliability, and evidence of extra-curricular activities can help too. But ultimately, it’s a bit of blindfolded dart throw.

Then there’s the interview process: I’m convinced that a fraction of the applicants are purely crossing off numbers for Centrelink. As a jobseeker, demonstrating you’re actively looking for work is a requirement to avoid demerit points that can ultimately result in being cut off from receiving benefits. Some applicants make the appointment for an interview but don’t bother to show up or even notify you they won’t be attending. Any interviewer will tell you this leaves a bad taste in the mouth. The time taken to review résumés, contact applicants and set aside a time and place for the interview adds up. Sometimes other staff are involved in the interview process, further adding to the cost.

Years ago there were technical colleges which could funnel students towards a trade for future employment, and then governments of the day became obsessed with pushing everyone towards university. The secondary education system was restructured so that ‘techs’ became a thing of the past. In my view, governments need to wake up and understand that not everybody is geared to go to university. Many would prefer a hands-on profession. We often hear in the news there is a shortage of tradespeople and the ones that exist charge too much. Increasing the number of tradespeople will balance a lot of these issues out.

After studying electrical engineering and accountancy, Tom Kuiper joined AMS. Over 15 years later he is the National Sales Manager. As AMS sells a broad selection of process equipment, he has been exposed to a wide range of applications and industries.

In the coming decade, we will see a change in STEM careers and, consequently, the ways in which...

The global offshore industry is diversifying from oil and gas into renewables as the technology...