National operations in a COVID-19 environment 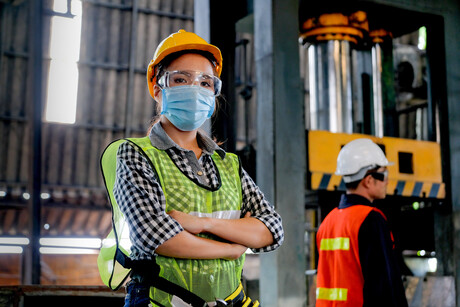 Whilst COVID has no doubt been disruptive, it has come with positives. The necessity of having the majority of staff working remotely has forced the evolution of our ISO9001 system to progress to online documentation wherever possible. AMS estimate that we’ve cut the amount of paper produced in documenting job file information by 75%. The associated on-costs in terms for running a printer have fallen in similar proportion. Prior to that, complex jobs could produce job files using substantial volumes of paper. An added benefit has been increased visibility of job-related data across the organisation. With the relevant supporting data on the server, anyone can access it, whereas previously staff had to go and get the job file from the office storage area and review physical copies. This is clearly a problem for interstate-based staff. Against that, now there are more printers as some of those working from home have had to purchase one to work off-site.

Another difference is the noticeable difficulty in getting access to various sites. Manufacturers in the food and beverage industry seem to be particularly reticent about letting external people on site. Given the potential requirement for deep cleans in the event an infected person is subsequently found to have visited a site, this is prudent and not surprising. There’s also the fact that many technical staff are now at least partially working from home. Availability for the traditional face-to-face meeting has reduced accordingly. And now when you do get on site there is often the awkward moment of offering a handshake or not. At least the awkwardness is widespread enough that everyone has been there before and it’s often something to laugh about and break the ice. Online meetings and product demonstrations have become more common and YouTube channels have become increasingly important for both process equipment manufacturers and distributors alike. I feel most would agree, though, that these are substandard replacements for actual meetings. We just need to make do.

Planning for site visits has become almost academic. Even now as Victoria, SA and NSW are under lockdown, the idea of planning to visit a site is almost a waste of time: anything beyond a week ahead is a lottery. The only certainty right now is that you’ll be working from home and trying to interact with your stakeholders as best you can. We and our suppliers run webinars on technical solutions and applications when we can, but over time it appears to become more difficult to attract an audience. For a while they had some novelty value but now I suspect that technical staff inboxes are inundated with invitations from various sources throughout the industrial sector up and down the supply chain. There is efficiency in being able to attend webinars without leaving your desk but it’s also a bit impersonal. That said, television documentaries have found audiences for years and webinars can be very educational.

There has also been a lot of discussion about the security of supply chains and production over the last year or so. Many suppliers are based in countries that have had widespread COVID-19 exposure. In general, they have kept operations ticking over without obvious evidence of supply security difficulties. In our experience, some supplier schedules have drifted out by a couple of weeks and there are isolated incidences of real difficulty, but overall our experience has seen minimal hiccups. One of our suppliers has warned of rising concerns over securing microchips for board assemblies. This is an issue that has severely impacted production in some industries but doesn’t seem to have had a broad effect among our suppliers; at least not yet.

Overall, I’d have to say the biggest change has been an increased awareness and focus on managing mental health and motivation among staff. Lockdowns are trying, and the isolation of working long stints from home can wear you down. But having polled most of our staff, the general feeling is that a mix of working from home and time in the office may be the most lasting change we see out of this experience. There are many advantages to working at least some of your time from home, and now it’s been field tested to prove it can work.

After studying Electrical Engineering and Accountancy, Tom Kuiper joined AMS. Nearly 20 years later he is the National Sales Manager. As AMS sells a broad range of process equipment, he’s been exposed to a wide of applications and industries.

It is clear that to secure a leading position tomorrow, companies need to accelerate...

Decarbonisation and digitalisation: our industry can take the lead

Our industry has proven in the past that it can work together to drive common outcomes but also...

The craft of digital brewing

For craft brewers, modern digital technologies allow them to not only be more flexible in...