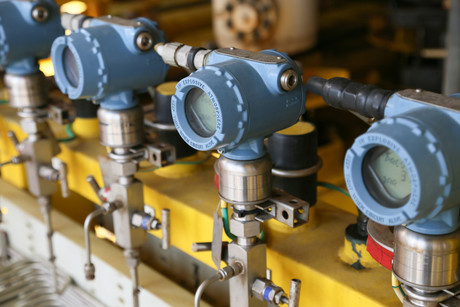 This year the Institute of Instrumentation and Control Australia (IICA) is celebrating its 75th anniversary. First established in 1943 as the Australian Society of Instrument Technology (ASIT), the organisation is focused on the promotion and development of the interests of individuals and organisations involved with the use and production of industrial instrumentation and control technologies in Australia.

In the early 1940s, Paul Crivelli, at that time General Manager of ABACUS Instrument Co., arranged a regular monthly luncheon with a number of people in Melbourne that were involved in instrumentation. Eventually, on 24 August 1943, the Australian Society of Instrument Technology (ASIT) was formed, and is believed to be the first national technical society in the world to be formed specifically to deal with instrumentation only.

On 10 November 1966, the name of the amalgamated body was officially changed to the Institute of Instrumentation and Control Australia (IICA).

The IICA is an open arena for members to build their network and knowledge, to enhance their professional career and make some lifelong friendships. Among its many purposes is the promotion and encouragement of technical education in the science of instrument technology and to establish events and exhibitions aimed at the advancement of the knowledge of instrument technology and the latest advancements in the field.

As such, it holds regular technology expos in each state, TÜV training courses, technical evenings, site visits and social events by which members can stay up to date and network.

The IICA also aims to promote, support and encourage the standardisation of scientific and industrial instruments and accessories, and as such, the IICA is playing an active part in the development of Australian Standards.

Those efforts include promoting the standardisation of measuring instruments and determination of standard technology, and promoting improvements in Australian Standards affecting the practice of instrumentation and control. It is currently involved in more than 10 Standards Australia working committees.

Continuous education today is a must-have part of any career and the IICA assists professionals involved in instrumentation and control in three areas:

The IICA also provides functional safety training though its Functional Safety Engineer SIS training course, which has been developed for automation and control professionals and risk engineers in the process industries. IICA is an accepted course provider in the TÜV Rheinland FS Program, and TÜV Rheinland will award qualified participants who pass the exam at the end of the course an FS Engineer (TÜV Rheinland) certificate.

The IICA also runs seminars Australia-wide in capital cities and regional areas, providing technical presentations and workshops in a friendly, relaxed environment, interspersed by networking opportunities with other members and registered non-members.

The seminars are open to all, including managers, engineers, apprentices and students. The technical presentation, presented by an industry expert, is followed by an optional workshop in the afternoon.

Longevity is often associated with success and there is no better time to be an IICA member than now.