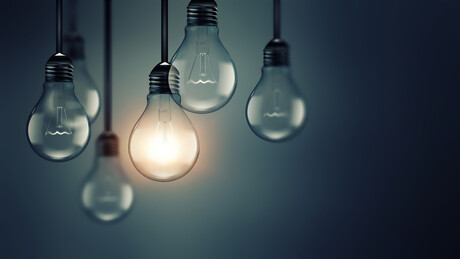 The past year has shown clearly the need for local sustainable manufacturing and energy self-sufficiency.

Over the last seven years there has been no clear and consistent direction on energy policy from the federal government — with debates on the subject anything but non-partisan — making it no surprise that state governments have been left to fill the policy vacuum.

In NSW there have been mixed responses to the state government’s recent announcement of its Electricity Infrastructure Roadmap. It is an ambitious plan outlining new support for NSW Renewable Energy Zones by 2030, with policy and financial support for renewable energy and battery storage projects. While the roadmap has been acclaimed by several key organisations, concerns have also been expressed by the Australian Energy Council (AEC).

The AEC is concerned about the potential to undermine national integrated system planning and distort investment signals in the National Electricity Market (NEM), which it claims could ultimately lead to higher costs. In an announcement emotively titled ‘NSW Electricity Infrastructure Roadmap: A highway to hell?’1 the AEC says the roadmap has the potential to detract from the national market framework and hinder its ability to deliver efficient outcomes for consumers.

Some of the AEC concerns include being state-centric and failing to exploit the efficiencies of national trade; having over-investment in generation resources frequently justified by excessive reliability standards; and having inconsistency of policy, responsibilities and approach between states, and between states and the Commonwealth.

According to the NSW Government2, its planned approach to transmission, generation and storage will deliver approximately 12 GW of new transmission capacity through the Central-West Orana, New England and South West Renewable Energy Zones by 2030 and support an estimated 3 GW of new firm capacity in the NSW grid by 2030, and contribute to the NSW Government’s Net Zero Plan by delivering 90 million tonnes of reduced carbon emissions by 2030.

The reasoning behind the energy plan is that “within 15 years, three quarters of (the) State’s electricity supply is expected to reach the end of its technical life. Replacing these energy sources and building the infrastructure needed to connect them to…homes and businesses will take years. Action is needed now to ensure NSW consumers have continued access to cheap, clean and reliable electricity.”

The state government says that in acting on the plan, it could set NSW up “to be a global energy superpower”.

It is also claimed the plan will result in an estimated $32 billion in private investment to 2030 and support an estimated 6300 construction jobs and 2800 ongoing jobs, mostly in regional NSW in 2030, which has been welcomed by both environmental groups and energy investors, and it has secured bipartisan support in the NSW Parliament, with the Liberal, Labour and National parties all in support of the plan.

The clearest example of states going it alone has been the experience of the South Australian Government. In May 2016 the state’s last coal-fired station in Port Augusta was shut down, but in the same year the state was struck by a major state-wide blackout after a severe storm took out major transmission infrastructure. The blackout sparked a flurry of claims and counterclaims between state and federal governments, as well as partisans in both the fossil fuel and renewable energy sectors. The proponents of coal and gas power on the right of politics presented it as a failure of renewable energy to be reliable, despite the main failure being the transmission network itself.

The SA Government’s response was to build a gas-fired power plant and build what was then the world’s largest battery — at 100 MW capacity — before the end of 2017, in order to stabilise the network. It is difficult to find any details, however, of whether the transmission network itself has been reinforced with any additional redundancy to counter such events as the 2016 storm should they occur in the future.

Like NSW, the policy of renewable energy transition has had bipartisan political support, and South Australia now ranks number two in the world — behind Denmark — in total share of electricity generated from ‘variable’ sources.

Victoria wants an even bigger battery

Not to be outdone, the Victorian Government has awarded a contract to supply an even bigger battery than the Hornsdale Power Reserve in SA. French renewable energy developer Neoen will build what will become the world’s biggest battery at 300 MW in Geelong.

Like Hornsdale, the new Victorian battery will also be built by Tesla, but in this case using the new 3 MWh Megapacks, which Tesla says can deliver a major peaking plant four times quicker than traditional fossil fuel projects.

The battery’s primary role will be to participate in Victoria’s System Integrated Protection Scheme, which like the Hornsdale battery will put it at the front line of providing grid security, thanks to the battery’s speed and flexibility, and allow for an increase in operating capacity on the main transmission link between Victoria and NSW. It is expected to be operational by the end of 2021.

The Australian Energy Market Operator (AEMO) says the battery will provide an additional 250 MW of peak capacity on the existing Victoria to New South Wales Interconnector (VNI) over the next decade of Australian summers, reduce the amount of ‘unserved energy’ and deliver total benefits of more than $220 million to Victoria consumers.

A boost for local industry after COVID-19

At the same time as announcing its Electricity Infrastructure Roadmap, the NSW Government also announced a Manufacturing Renewables Taskforce3 “to find ways to drive the use of NSW materials in building the State’s Renewable Energy Zones”. The biggest target of this announcement is the steel industry.

“We currently import the more than 86,500 tonnes of steel that form the foundations for critical energy infrastructure — including some finished manufactured goods,” said Deputy Premier John Barilaro. “As we come out of this recession, we need to lead by example by backing our local supply chains, local manufacturers and local jobs.

“This taskforce will make sure we have the knowledge we need to do just that, and unlock regional NSW’s renewable energy manufacturing potential.”

It is estimated that the development of the Renewable Energy Zones will require an additional 650,000 tonnes of steel, and the government wants to find ways of making sure that the steel is manufactured in NSW by local companies. The Manufacturing Renewables Taskforce will include representatives from the steel, aluminium, cement, concrete and manufacturing industries, the workers unions, renewable development stakeholder groups and the NSW Government.

The Clean Energy Council has welcomed the announcement of the taskforce4, saying it “is the right place to begin, enabling thorough analysis of the natural advantages and strengths of existing local supply chains to meet the needs of a significant renewable energy build”.

Steelmaker BlueScope has already committed to the plan, with the announcement of a $20 million investment5. The investment includes investing $10 million directly in its Port Kembla steelworks to tool up for the expected growth in production, with the other half to be used as an incentive program for “companies who want to build manufacturing capability in NSW, especially in the fast-growing renewable energy sector”.

“An immediate focus will be supporting the manufacture of wind tower, solar farm, pumped hydro and electricity transmission facilities. There is large and growing demand for all these equipment types which, in NSW, are currently imported as prefabricated finished goods,” said BlueScope Managing Director and CEO Mark Vassella.

Out of challenges come opportunities

The COVID-19 pandemic and the resulting border closures — not to mention an ongoing trade dispute with China — serve to highlight the need for local sustainable manufacturing and energy self-sufficiency. Whatever the arguments against the announced state investments, Australia has been lucky enough to have recently enjoyed a long period of sustained economic growth prior to 2020. This has left states such as NSW, Victoria and South Australia in a position to afford to invest in a sustainable energy future, while maintaining support for a local manufacturing base. The dramatic events of 2020 may well have been a blessing in disguise when it comes to Australian manufacturing and climate leadership.

Martin Broglia of Bonfiglioli discusses the effects of COVID-19 and the future under the new normal.