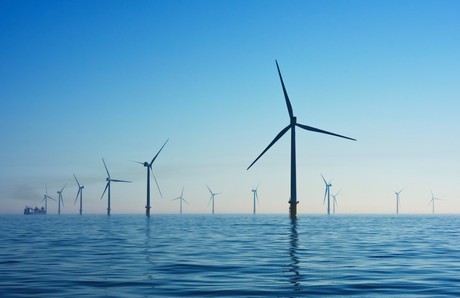 The global offshore industry is diversifying from oil and gas into renewables as cutting-edge technology and research have facilitated the installation of wind farms in deep water.

This year’s Australasian Oil and Gas Exhibition and Conference is set to hear from Dr Daniel Veen, one of the Australian experts developing globally significant software capable of integrating the systems which underpin giant offshore wind turbines installed at depths greater than 60 m.

Global offshore wind power is projected to grow 15-fold over the next two decades. In December last year the biggest floating turbine in the world, located off the coast of Portugal, started transmitting electricity to the grid in what was described as a milestone for the industry.

Most offshore wind turbines are on fixed foundations at less than 60 m depth. In the case of the Portugal turbine and about a dozen other trial sites, these giant floating turbines have been installed at up to 100 m by tethering them to the seabed. Each turbine can successfully generate up to 8.4 MW. GE Renewable Energy now has a 12 MW turbine with a 220 m rotor size to be installed off the coast of France.

“I don’t think we’ve reached the maximum size for these turbines yet. Simulations show they can get bigger, more efficient and more sophisticated,” said Dr Veen ahead of the conference. “There are no deepwater turbines in Australia at the moment but a fixed wind farm off the coast of Gippsland in Victoria is being explored by Star of the South. What I find interesting is the push for this technology isn’t coming from governments — it’s coming from industry, particularly in China and Europe.”

“As an industry, we are working towards offshore wind farms of a scale that will diversify the offshore industry into renewables. Wind is more reliable out at sea, and the ability to build and install these wind turbines is becoming more cost-effective,” Veen continued. “Power is transmitted back to shore via subsea power lines, and while there is a risk there, we already rely on undersea cables for a range of technology, including Australia’s connection to the internet.”

At Bentley, Veen is part of an international team based in seven different time zones and three continents developing software for hydrodynamic floating systems. He is also Bentley’s representative on a project led by the American International Energy Agency, known as OC6.

“Wind turbines in the ocean on floating structures are quite complex. We need to simulate the impact of wind loading on the turbine, how the structure moves in the ocean and how those movements stress the mooring lines into the seabed,” he said.

“It’s a complex system and we are taking the existing software that designs floating systems offshore and enabling it to integrate with other specialist structural, as well as aeroelastic, design software to allow an analysis of the whole integrated system.”

Dr Veen is the Associate Product Manager, MOSES, Bentley Systems and will be presenting on Marine Renewable Energy as part of the Knowledge Forum at AOG 2020.

Hear from Dr Veen and other world-class thought-leaders at this year’s conference, register free and discover opportunity, innovation and technical advancements.

AOG is the largest oil and gas event in Australia and returns 11–13 March 2020 to the Perth Convention & Exhibition Centre. Register FREE and join the industry where it moves forward, together.

Coronavirus and the rise of automation

The coronavirus has thrust human limitations into the spotlight. Will it mark the rise of...

Digital transformation has become a key priority, and while it can't happen overnight, quick...

How industry will change post-COVID-19