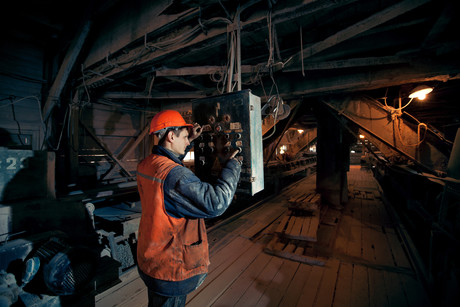 The design of electrical enclosures has not significantly changed since the 1990s, but the energy levels used in underground mining have increased significantly.

The potential for arc faults to compromise the integrity of sheet metal (IP) and flameproof enclosures was investigated in some depth in the 1990s. The outcomes of these studies provided an assessment of arc fault behaviour and identified some unacceptable risks.

Since 1990 the design of enclosures has not changed significantly. However, the internal energy levels have increased substantially. Hence, it is prudent to revisit the hazards and assess the associated risks.

The underground mine operating environment is characterised by high energy electrical enclosures in close proximity to workers. Underground coalmines have the additional hazard of explosive coal dust.

There are a number of possible misconceptions relating to arc fault events in flameproof electrical enclosures, some of which pertain particularly to the underground mine environment.

Not all fault currents are limited by the NER

By design, the majority of electrical faults in a typical mining electrical system manifest as phase-to-earth faults, which, in an earth fault limited system, enables detection and isolation without catastrophic consequence. Earth fault current is limited by use of a neutral earthing resistor (NER). However, this mechanism does not limit fault current in a phase-to-phase fault.

In those instances when phase-to-phase faults occur, or where earth fault currents are not limited, it is sometimes assumed that type-tested Ex d (flameproof) enclosures are sufficiently robust to withstand the internal pressure rise due to arcing. However, in practice pressure and temperature rises due to arcing can exceed those generated by gas explosions.

The explosion protection afforded by the Ex d principle may therefore not be sufficient.

Venting the arc blast may be hazardous in an underground mine

While venting of an enclosure can reduce or prevent damage to the enclosure, the consequences of venting an arc blast in a confined space can pose a significant hazard for nearby personnel and might lead to ignition of coal dust.

There are multiple reported instances of arc fault incidents in underground mines; however, the frequency is relatively low compared to phase-to-earth (earth fault) events. The potential consequence of phase-to-phase faults is considerably more hazardous than a phase-to-earth fault due to the substantially higher fault currents and temperatures that result.

An interesting analogy is drawn from comparable explosion energies. According to Jeff Glenney, writing for coalage.com:

“The energy released by an arc flash can be calculated as voltage x current x duration. A phase-to-phase fault in a 480-volt system with 20 kA of fault current provides 9.6 MW of power; if the fault lasts for 200ms, then 1.92 MJ will be released, which is the energy equivalent of detonating almost half a kg (459g) of TNT”1

Research undertaken in the 1990s investigated the performance of electrical enclosures when subjected to arcing faults. The studies aimed to determine the consequence of an arc fault occurring in underground electrical enclosures, and to quantify the levels of energy required to compromise the integrity of those enclosures. This research used a combination of mathematical modelling and experimental data to verify results.

The findings, at that time, suggested that typical flameproof and vented IP enclosures were generally able to withstand the faults associated at the expected power levels. The reports emphasised that the findings were only indicative, and implied that further work was required to establish more rigorous results.

While some literature was published, few directives, guidance or recommendations were incorporated into contemporary published standards for electrical equipment for mines and quarries of the era.

Some of the main studies and their results are summarised below.

The Australian Coal Association Research Program and SIMTARS published a series of three reports that looked to “establish whether there is a potential hazard due to fault arcing in underground mining equipment”. The study assessed fault levels in Australian underground mines, based on equipment ratings from 1970 and projecting to 2000. It also provided in some detail a survey of US and UK literature:

The first stage of the study, Arc fault containment in flameproof enclosures3, found that arcing faults could cause unacceptably high pressures which could rupture an enclosure or cause the “emission of incandescent material”. The likelihood could be increased significantly in the case of three-phase faults and/or coal dust ignition. The study also determined that power system protection was unlikely to restrict pressure rises to acceptable levels.

The second part of the study, C14614, aimed to determine the impact of high energy arcing faults on pressure rise and flame transmission in flameproof enclosures.

Stage three, C40325, involved an investigation of IP55 sheet metal enclosures and their suitability to house switchgear in underground coalmines. It explored enclosure venting to minimise the hazards due to an enclosure bursting, and/or expelling hot gases during an arc fault.

Ampcontrol published a study that examined explosion protection methods and their limitations as a consequence of the increasing demand for energy6. It determined that explosion protected equipment is not generally certified to withstand internal releases of electrical energy. An estimated probability of failure of equipment due to arcing pressure was deemed unacceptable and opined that such a failure could result in a dust explosion. It recommended that all electrical enclosures be capable of withstanding the internal pressures caused by possible arcing faults without damage.

Acknowledging that increasing demand on electrical supply was reducing safety margins, the Code of practice for the control of fault arcs in flameproof enclosures used in underground coal mines7 noted that “whether through duty of care, or through specific legislation, there is a requirement for mine operators to consider the impact of internal arcing within an enclosure irrespective of the voltage source”. This research found the threshold at which an arcing fault hazard was adequately controlled was 1200 V; above this level problems of insulation failure, contamination and mechanical failure must be considered.

It is worth noting that the above list is significantly aged, hence its relevance needs to be assessed against the characteristics of modern electrical enclosures.

Since the aforementioned investigations, a number of factors have impacted on the potential performance of electrical enclosures subjected to arc faults. 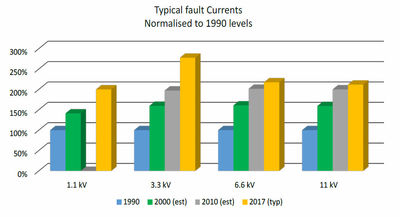 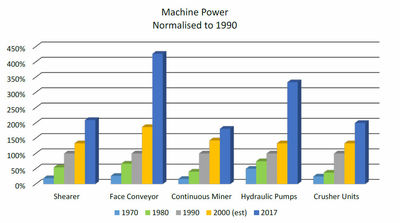 Given the characteristics of today’s operating environment a number of unknowns arise:

Where to from here

There are a number of possible actions which may be considered to mitigate the potential risks posed by an arc fault in underground electrical enclosures. The pressure during an arc fault is determined by:

To reduce the pressure rise within the enclosure:

Other actions which may be taken to mitigate risk include:

Some work has been conducted in the area of arc faults in underground electrical enclosures. This work was, however, completed some time ago and the findings are out of date given the changes which have occurred in the mining environment since the research was completed.

In line with the principles of continuous improvement and risk management, it is pertinent to revisit the risks presented by arc faults in flameproof enclosures to address the changes in the operating environment.

Proof testing and a SIL study may no longer be enough during the operate and maintain phase.