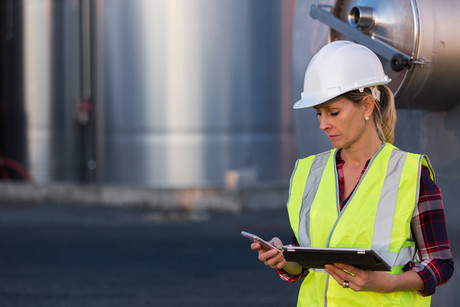 Having been greatly involved with the distribution of industrial operator touch panels, I see there are major changes coming in the way we develop, program and deploy industrial automation control systems — a change that has been a long time coming.

When I meet customers at exhibitions or doing sales presentations, one of the first actions I see people do when playing with our operator panels is to perform a pinch-and-zoom gesture as you would on a smartphone or tablet.

It is of course natural that there should be a user expectation that an industrial operator panel should work like a smartphone or a tablet, because a smartphone or tablet is just another human-machine interface!

We all think we are pretty smart when using our smartphones and tablets. We download apps from the internet, we watch them being installed automatically, we surf the internet and communicate digitally with each other using all type of social media apps, we do our banking, we watch TV and movies, etc. But most of us, including industrial automation engineers, installed them ourselves. So these devices, and the technology used in them, has a huge impact on the expectations we have of technologies used in other programmable devices such as industrial operator panels and controllers.

The challenges for a manufacturer of industrial control devices such as industrial programmable HMIs and controllers is this growing expectation that these devices should be as easy to program as downloading an app on a smartphone or tablet. New software developments are seeing this concept becoming a reality.

Could you imagine an industrial controller or operator panel, or even an entire control system, being programmed by simply downloading apps from an internet automation store? Well it’s time to start thinking about it seriously, as it has arrived — albeit on a small scale. It won’t be too long before it’s taken up by the majority of industrial control manufacturers and widely used.

Imagine PLC and HMI code integrated into a single smart object that is traded via a global smart store (app store) and using rapid engineering software to be implemented and deployed into control hardware in a manner of minutes. Sounds familiar, but I would think this will raise lots of questions! What level of engineering skill would you need? Who would commission the control application? Who owns the intellectual property? And the list goes on.

Along with the smart objects will be cloud connectivity and centralised remote engineering access, allowing configuration and commissioning services to also be traded like objects or apps from a web store.

It’s very clear that there are challenges for technology developers to maintaining this innovation in line with the consumer electronics market; however, the biggest challenge will be the automation engineering sector.

What are the implications for an industry and the economy if automation engineering is seen as commodity to be traded on a global scale and the implementation is no harder than downloading and installing an app on a smartphone? How does the supply chain and distribution of this revolution make money in this new economy?

Who are the winners and who are the losers? The winners are the software and hardware manufacturers and the end user: the potential losers are those in the middle!

I have my head in the clouds

The IIoT cloud unlocks possibilities for the OT world that were previously unavailable.

The increasing interest in Australia for commercial involvement in space opens up new avenues of...