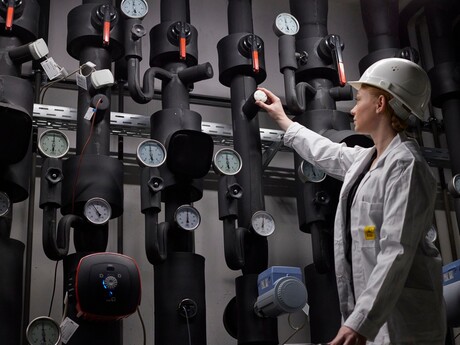 The networking of objects in the Internet of Things (IoT) is becoming increasingly important, and demand for connected IoT devices is growing rapidly everywhere, from consumers to Industry 4.0. But until now, no suitable and reliable method of communication has been available for transferring many thousands of data packages at the same time.

Based on market analyses, between 20 and 40 billion connected IoT devices will be needed by the year 2025. The most important elements in this context are simple, energy-efficient and battery-operated sensor nodes consisting of a sensor and a wireless system, which communicate with a base station over a distance of several kilometres. The amount of data involved is usually small to very small, and only needs to be transferred occasionally or sporadically. Examples include water meters that are read wirelessly. However, the existing technologies have proven to be very susceptible to interference.

The mioty technology from the Fraunhofer Institute for Integrated Circuits IIS offers an entirely new solution that overcomes existing problems and meets every requirement: it transfers data from between several thousand and a hundred thousand sensor nodes per square kilometre — or in other words, up to 1.5 million data packages a day — to one single collection point without any transmission loss, even in coexistence with other wireless systems or in areas with no cell phone coverage, and all at a bandwidth of just 200 kHz. The end devices are so energy-efficient that the batteries last up to 20 years. Mobile operation of the sensor nodes in vehicles is also possible, even when driving on the highway at speeds of more than 120 kph. Professor Michael Schlicht, Josef Bernhard and Doctor Gerd Kilian will be awarded the Joseph von Fraunhofer Prize on behalf of the team. Explaining its award decision, the jury highlighted factors including the “consistent introduction of the new technology for connecting sensor networks with a large number of simple, battery-operated sensor nodes”.

“The key feature is that rather than sending the sensor data all at once, we break it down into lots of small chunks,” Kilian explained. This division of the signal has a positive impact on the energy that the sensor node consumes, while also making transmission more robust: Even if some data snippets are damaged on their way to the collection point, the message can still be found and completely restored due to the error correction. mioty can be used in a diverse range of areas: from capturing environmental data in agriculture, checking pipelines for corrosion and leaks, and controlling air-conditioning systems through to remote maintenance and monitoring of refineries. 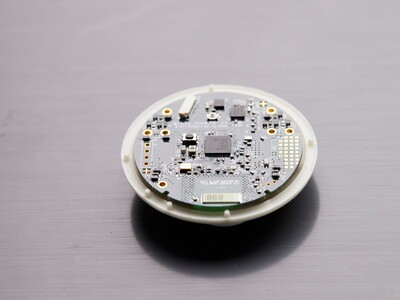 mioty technology allows transmission of up to 1.5 million data packets a day without losses. © Fraunhofer/Piotr Banczerowski.

The team of researchers not only developed the technology but also standardised it in an ETSI specification. The European Telecommunications Standards Institute ETSI establishes global standards for information and communication technology. “With mioty we are offering the first standardised, low-power wide-area communication solution to be based on our telegram splitting technology,” said Bernhard, who headed up the work in the standardisation group. Development and marketing of mioty-based solutions are already underway. For interested companies, the international mioty alliance offers a platform for developers, hardware manufacturers, system integrators, service providers and end customers by providing an open, standardised and interoperable ecosystem. And for licensing purposes, the mioty patent pool has been established.

Since 1978, the Fraunhofer-Gesellschaft has awarded annual prizes to its employees for outstanding scientific achievements that solve practical problems. This year, three prizes will be awarded, each worth €50,000.

Madison Technologies has announced it has become the Cisco Operational Technology Value Added...

Smart water solutions contribute to low-carbon agenda in the Hunter