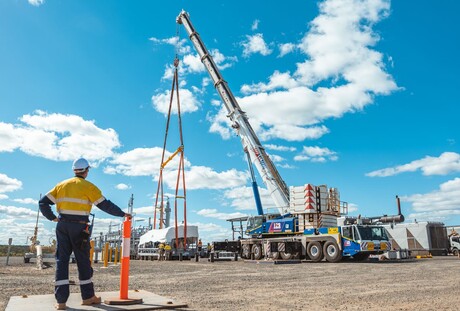 A $15 million expansion of the Roma North Gas Processing Facility is now complete, after energy infrastructure company Jemena and its project partners finalised testing at the site last month.

The project’s construction — which ran for three months — created approximately 50 jobs and saw around $500,000 spent with businesses in Queensland’s Maranoa region.

The expansion has increased the processing facility’s capacity by about 50%, so it can now process around 24 TJ of gas per day, up from 16 TJ, in line with increasing production from Senex Energy’s Roma North gas field.

The project was delivered in concert with Jemena’s construction partner, Queensland-based Wasco Australia (part of the Wasco Energy Group), and engineering and project management company, Zinfra.

“Our expansion project at Roma North is a great example of the skill and acumen of businesses like Wasco Australia, who are delivering complex gas and engineering projects which are helping to bring much-needed additional gas to markets,” Boey said. “The project also delivered a boost to local businesses, which provided us with trades and equipment, accommodation, transport, meals and other services. We’d like to thank the local community for welcoming us and for its support throughout the project.”

Senex Energy’s Managing Director and CEO Ian Davies said: “Thanks to the work of local businesses like Wasco, Senex and Jemena have again proven their ability to partner efficiently to deliver natural gas projects.

“We’re proud that the expansion of the facility in the Roma North field has delivered more investment and jobs into the region and is already generating more royalties that contribute to roads, schools and hospitals.”

Wasco Australia’s Managing Director, Mel Whyte, said: “Delivering our part of the facility expansion at Roma North has allowed us to strengthen our working relationship not only with Jemena and Zinfra but with Surat Basin businesses and people who work safely and deliver high quality and reliable products and services. We look forward to the next opportunity to work in the region.”

Jemena acquired the Roma North Processing Facility for $50 million from Senex Energy in June 2019 as part of plans to create an interconnected network of gas infrastructure assets across Queensland and the Northern Territory.

“By enabling more gas to be transported flexibly across northern Australia we’re helping to place downward pressure on gas prices, while ensuring this important source of energy continues to be available for industries which rely on gas to underpin their operations,” Boey said.

Jemena is also working to develop renewable gases, such as hydrogen and biomethane, as part of a diversified low-carbon energy system.