Calix files a patent for zero emissions iron and steel 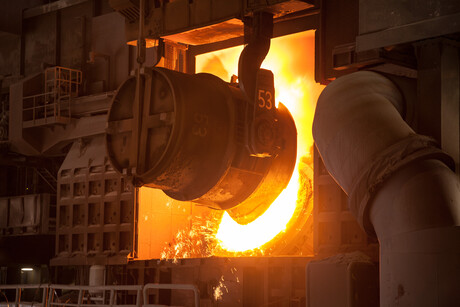 Australian technology company Calix Limited announced via the ASX on 12 November 2021 that it is filing a patent encompassing a new application of its core technology for the production of zero CO2-emissions iron and steel.

Iron and steel making sits just behind cement and lime as the second-largest source of man-made industrial CO2 emissions, estimated at 7% of the global total, or around 2.6 billion tonnes per year.

The company revealed that its ZESTY (Zero Emissions Steel TechnologY) makes use of Calix’s core ‘kiln’ technology to produce iron from iron ore in a hydrogen atmosphere in between 600 and 800°C — around 1000°C less compared to a conventional blast furnace.

According to the company, 80–85% of the industry’s CO2 footprint is linked with the production of iron, as 90% of all iron is produced by metallurgical coal- and coke-fuelled blast furnaces, producing nearly 1.8 tonnes of CO2 per tonne of iron produced.

Iron produced via direct reduction of iron ore using a ‘syngas’ of hydrogen and carbon monoxide (made from natural gas) in a shaft furnace is a less CO2-intensive method, at around 0.6 tonnes of CO2 per tonne of iron; however, this process route has traditionally been more expensive, and hence only 10% of the world’s iron is produced by this method. The method requires cheap natural gas, as well as pelletisation of iron ores to prevent fines loss.

Methods to lower the carbon footprint of iron production have started to consider using green hydrogen as the major reductant instead of natural gas and coal. The use of hydrogen in blast furnaces is being tested, but according to Calix there will be limits on the amount of coal it could replace due to a reduction in the conversion rate of iron ore to iron.

When steel is produced from the ZESTY process, Calix’s LEILAC (Low Emissions Intensity Lime and Cement) process can be utilised to produce zero-emissions lime, which is used in steelmaking to eliminate impurities.

The Calix share price rose by over 20% on the ASX after the announcement.