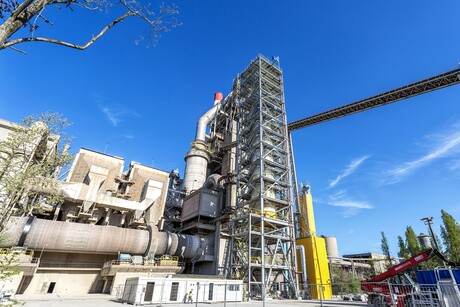 Australian technology company Calix Limited has announced that global decarbonisation investor Carbon Direct Capital Management has invested €15 million for a 6.98% equity stake in Calix subsidiary, the LEILAC Group, which is dedicated to the commercialisation and ongoing development of Calix’s LEILAC CO2 capture technology.

Calix will continue to own the remaining 93% of the LEILAC Group.

The LEILAC Group, comprising Calix (Europe) Ltd (UK) and its subsidiaries, is the exclusive licensee of Calix’s Low Emissions Intensity Lime and Cement (LEILAC) CO2 capture technology. LEILAC technology was successfully piloted at 25K tonnes per annum scale at HeidelbergCement’s plant in Lixhe, Belgium, and is being scaled up to 100K tonnes per annum scale in the LEILAC-2 project for a HeidelbergCement plant in Hannover, Germany. Further commercial pilot plants for lime production are under development with Tarmac, the UK division of CRH and AdBri in Australia, among others.

Along with existing capital already invested in the LEILAC Group, Carbon Direct’s investment will be used by the LEILAC Group to accelerate and continue to de-risk deployment of the LEILAC technology, both technically and commercially. Technically, additional resources will be deployed in engineering and research to speed optimisation. Commercially, new resourcing in business development, especially project development and CO2 use or sequestration, will be deployed to help develop complete project solutions for customers.

He also said the investment by Carbon Direct will help accelerate the development and deployment of the Calix Technology for cement and lime decarbonisation.

“The recent Intergovernmental Panel on Climate Change (IPCC) report was unequivocal in saying that to reach the stated 2030 goals on climate change, CO2 emissions have to be reduced. LEILAC Technology is an option that is being deployed now to meet this urgent need,” he said.

Cement production is the world’s single biggest industrial cause of carbon pollution, responsible for up to 8% of global emissions, producing more than 4 billion tonnes of CO2 per year. Cement is the primary ingredient in concrete, the second most used material in the world after water. Meanwhile, the global production volume of lime was approximately 330 million tonnes in 2020, with myriad applications beyond cement including the manufacture of aluminium, asphalt, copper, glass, gold, lithium, plasterboard, silver, solar-grade silica, steel, table salt and toothpaste. Lime is also used in agriculture and for water and sewage treatment.

Between 50 to 60% of cement CO2 emissions derive from the process of heating or ‘calcination’ of limestone, the chemical reaction that converts limestone (CaCO3) into lime (CaO) and CO2. These emissions are therefore unavoidable and a low-cost capture solution is essential.

The patented LEILAC kiln design separates CO2 emissions arising during lime and cement production without significant energy penalty. The LEILAC kiln is being developed to use a variety of input fuels and is also easily electrified, enabling complete decarbonisation of production by switching to renewable energy.