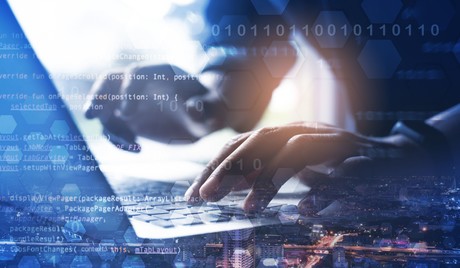 The way software vendors are being questioned during tenders is changing; and rightfully so. Vendors used to spend a lot of time defending the “ease of implementation” of their solutions, and not even bothering explaining the amount of pain involved in a hypothetical replacement. Not because they didn’t want to, but because not many buyers were asking. Until now.

“So, how quickly and easily can I rip your software solution out?”

That can sound odd. You, the end user, haven’t even bought a solution and you are already thinking of replacing it? Do you really want to know the answer or are you just ticking a box to keep your sourcing department happy? And what about the vendor’s sales rep in front of you… she might wonder if an honest answer may hurt her chances of closing the deal.

The awkwardness in this scenario may come from a fundamental, and perhaps philosophical, question: is being replaceable a good thing?

Back in the day, a software vendor would portray a ‘strong’ solution as one having deep foundations, concrete around their pillars and barbed wire at their top. An isolated and protected system like that was there to stay and was never going to be outperformed (maybe it would, but decades down the line… and it wouldn’t be your problem then). You could envision such an idea as the steel chain around a long-lasting vendor-user relationship. You would place often well-publicised confidence on the vendor in return for a ticket to an exclusive club full of infallible support and never-ending innovation.

Those were the days where quick disruption was not a trend topic, corporate moats were bigger and small competitors were easily acquired, choked or simply dismissed if they didn’t have a strong portfolio backed by half a century worth of success stories. No user would feel the need to replace one of those strong solutions. Why would you? When you bought in, you were throwing a mountain of cash onto a train full of Fortune-500 users. Asking “is your solution easily replaceable?” would seem to be a stupid question to ask (frankly, you knew the answer), and perhaps a rude one too.

“If you don’t trust my solution, why bother buying it? I’ve got dozens of your competitors waiting to buy this stuff from me. You need me because there’s no-one else out there doing the things we can.”

With the arrival and boom of the Industrial Internet of Things, the benefits of cloud-based open-source solutions are enabling the proliferation of a new breed of competitors promising better, cheaper and more flexible systems. Some of these new entrants have deep pockets filled by either venture capitalist or parent companies that make them hard kill or swallow. They also speak many computer languages and have learnt how to communicate with multiple systems from different vendors in almost seamless ways. In other words, they have mastered the art of being agnostic.

Being agnostic is becoming a common property these days, and too much of it in the industrial air is good for users but bad for rigid and unimaginative vendors. Besides banal flexibility, being agnostic conveys lower switching costs to the user two times over. First, an agnostic system can theoretically replace an old solution with limited pain to the user. Second, the system itself can also be replaced easily with another agnostic solution. So once a user jumps onto the agnostic train, the cost of switching partners becomes constrained. No more concrete around the foundations of an enterprise system. No more barbed wire preventing future vendors from adding value on top of your existing technology stack. Open-sourced solutions are producing data that can be easily consumed by an ecosystem of agnostic systems. And that can open the door to many benefits for you.

With an ever-growing offer of agnostic industrial solutions out there, there is a good chance that a user will want to switch vendors a few times over the life of an operational facility. A vendor who proudly highlights the fact that they are easily replaceable is signalling not only their high flexibility and interoperability, but also their corporate bet on the value that they can generate. They are telling that they can be replaced but that they think the user will not want to do it.

So, don’t be afraid of the question “how easy could I rip this solution out?” Their reaction will probably give you more information than the answer itself.

*Antonio Thewissen is an industrial technology enthusiast. He currently leads Channel Marketing in APAC for AVEVA and holds a Mechatronics Engineering degree and an MBA from AGSM-UNSW. Antonio lives in Sydney, Australia, with his wife and two children.

The recent series of cyber attacks on Australian organisations has highlighted the need to place...

Turning the dream of predictive maintenance into reality

Advice on how to realise the dream of implementing successful predictive maintenance applications.