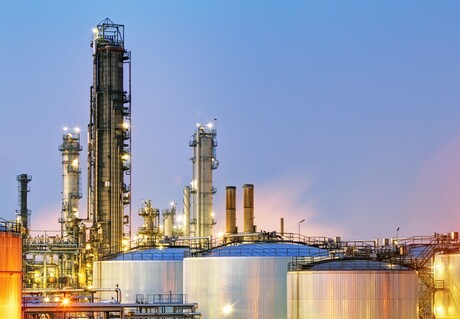 Yokogawa Electric Corporation has announced that it has been selected by ExxonMobil as the system integrator for the first field trial of an Open Process Automation (OPA) system designed to operate an entire production facility. The field trial will take place at an ExxonMobil manufacturing facility located on the US Gulf Coast, replacing the existing DCS and PLCs with a single, integrated system that meets the Open Process Automation Standard (O-PAS). The project will incorporate enhanced control capabilities enabled through the implementation of OPA technologies and interfaces.

The O-PAS is a standards-based, open, secure, interoperable process control architecture being developed by the Open Group Open Process Automation Forum (OPAF), a consensus-based group of end users, suppliers, system integrators, standards organisations and academia. Both ExxonMobil and Yokogawa Electric Corporation are members of OPAF. Version 2.1 of the O-PAS preliminary standard was released in 2021.

“ExxonMobil is excited to have reached this important milestone with Yokogawa and progress the first field trial of an OPA system at an existing ExxonMobil manufacturing plant,” said Ryan Smeltzer, OPA program manager for ExxonMobil Research and Engineering Company. “The project will take advantage of significant progress made testing OPA components and the O-PAS standards in close collaboration with Yokogawa. The OPA field trial is the next step in commercialising OPA and capturing additional value from our automation and control systems.”

Most process industries are burdened with integrating multiple proprietary systems in almost every process plant and facility. These include manufacturing execution systems, DCSs, PLCs and their respective human-machine interfaces and I/Os. This can result in elevated capital costs on new projects and a high total cost of ownership, especially in the operation and maintenance of such systems. An OPA system is designed to remedy these challenges by supporting the integration of best-in-class components from different suppliers through configuration and application portability. The aim is to enable the optimisation of the total cost of automation systems.

Yokogawa said the field trial is a major milestone in the company’s continued support of ExxonMobil and OPA, and shifts OPA technology from concept to a viable alternative to traditional automation for process industries. The company has commenced work on the Front-End Engineering Design phase of the project. The OPA field trial system, which involves over 2000 I/Os, is expected to be commissioned in 2023.

For the past two years, ExxonMobil and Yokogawa have been developing, testing and improving OPA technologies through the joint operation of an OPA test bed located near ExxonMobil’s Houston, Texas, campus. This collaborative work has developed and qualified many of the core OPA functions in preparation for the field trial. In addition to the field trial, test bed engineers at the Houston-area development office will continue to implement and refine OPA technologies in line with the latest version of the O-PAS standard.

Emerson and paint manufacturer Jotun have started a five-year framework agreement to implement...

ABB is introducing a new standardised hoist control system for use by mining companies worldwide.