A step change for better profitability 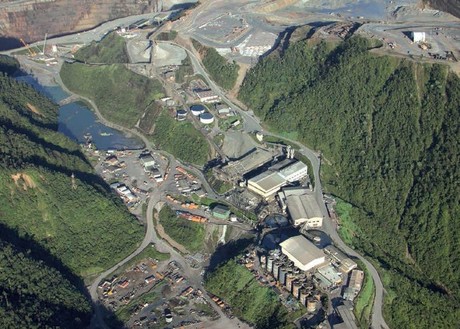 In the island state of Papua New Guinea, Ok Tedi Mining Limited (OTML) runs the copper and gold mine Ok Tedi. Like many mines in Papua New Guinea, the drive train infrastructure on the grinding mills there is in excess of 30 years old, and OTML was aware of the potential problems with the ageing equipment. The company also knew that in order to ensure long-term profitability, a move to industry-standard variable speed control of the SAG mills was required and therefore invited solutions from a number of suppliers.

Siemens has a longstanding relationship with OTML that started in 2005. Since then, Siemens has been committed to improving operational performance in many areas on site — most recently through the supply of two Planurex P2KB20 planetary gear units in 2015.

On the basis of the trust and mutual respect gained over the years, Siemens and OTML conducted a mill drive train audit in 2014 and identified areas for potential improvements. Both parties agreed that the biggest potential would be in changing the operational concept from fixed speed to variable speed on both SAG mills, since the benefits to process efficiency and liner life alone would make the project viable.

Over the next two years, Siemens developed several modernisation scenarios for the existing mill drive train, ranging from a partial modernisation (keeping the existing motors and adding variable speed drives only) to a complete modernisation (installing new motors and variable speed drives). Initially, OTML was leaning towards the partial modernisation that would have re-used the existing motors to the maximum extent possible. In the end, Siemens was able to convince OTML that by removing the air clutch on SAG 1 and removing the slip-ring motor with its brushes on SAG 2, maintenance activities on the mills could be reduced. Adding an online condition monitoring system would continue that strategy even further and allow OTML to better manage its new infrastructure, track mechanical wear, assist with proactive maintenance and increase overall productivity.

Furthermore, Siemens showed that by increasing drive power capacity by 15% to 20%, it would be possible to eliminate momentary power limitations and throughput restrictions on the mill as a result of changing ore hardness.

In December 2016, OTML decided to go ahead with the complete modernisation and tasked Siemens with the supply and installation of new motors and couplings, variable speed drives and a cloud-based condition monitoring system to track mechanical wear as well as electrical performance of the supplied equipment.

As a result of the modernisation, the SAG mills will benefit in many ways. For example, by using variable speed drives to start the new induction motors on both mills, starting currents will be reduced to less than 100% of nominal current. That ensures smooth starting and minimal mechanical stress on reducers, pinions and girth gear. ‘On-the-fly’ frozen charge detection is also performed automatically during every start-up, which saves precious process time.

Frozen charge is a condition that can occur when a mill has not been operated for a while. The slurry inside the mill solidifies and, rather than sliding off the inner shell when the mill is turned, it sticks to the mill shell. The worst-case scenario is that the solid or frozen charge is carried all the way to the top of the mill (180° rotation from start) and then falls down. The massive impact will cause the mill shell to crack and mill bearings to be damaged. On-the-fly frozen charge detection monitors the mill angle and the load torque demanded from the mill — the load torque is an indication of whether the charge inside the mill is cascading or not. If the charge hasn’t cascaded past a certain point (usually about 50° or 60° rotation from start), frozen charge is present and the mill is stopped immediately.

Variable speed mill control also has an impact on grinding efficiency. A common issue is that the lifting capacity of liners deteriorates over time as they wear on the edges. Subsequently, material cascades earlier, which reduces grinding performance. Variable speed mill control compensates for liner wear through an increase or decrease in mill speed. Grinding performance thereby remains constant over the life of the liner.

The mill modernisation will enable OTML to improve uptime and throughput, which will increase overall productivity. The drives are scheduled to go into operation in spring 2018. After that, two further two-year contracts will go into effect: one for full service and support for the complete electrical and mechanical mill drive system, the other for drive train analytics.