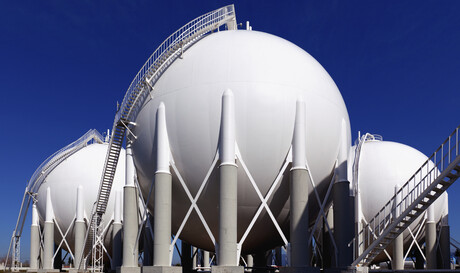 The V-Cone flowmeter is often implemented in upstream, midstream, and even downstream oil and gas processes to measure a variety of flow media in various states and at various temperatures. The V-Cone’s options for customisation are among the many factors that prompt users to choose this meter for such diverse and varied applications. Additionally, it’s often the quality measures behind McCrometer’s engineering and manufacturing teams that ultimately get the V-Cone specified into projects such as liquefied natural gas (LNG) and other cryogenic applications.

In the LNG process, gas is extracted from the earth, liquefied, shipped off, received by regassification plants to be reconstituted, and finally sent to the consumer. Liquefying the natural gas also reduces its volume, creating a cheaper storage and transport process, as it allows operators to reduce the gas volume by up to 600:1. Furthermore, in their gaseous state, hydrocarbons are volatile, and cryogenic liquefication of such a hazardous material ultimately reduces the risk factor, as at below -161°C LNG is non-flammable.

Many major LNG projects that have implemented liquefaction processes have used V-Cones for flow measurement. This process, among others, prioritises plant performance and economic efficiency. Liquefaction processes are insulated, complex systems that require metering solutions that are durable and consistent. As one of many variables in that system, the V-Cone is relied upon for its minimal-to-no maintenance needed and more than 25 year life expectancy. 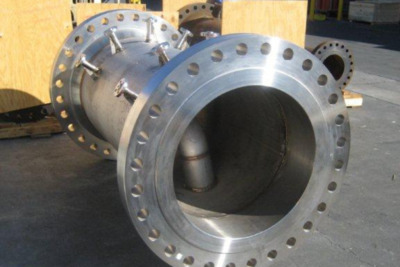 Cryogenic applications also exist outside the LNG market — in fact, McCrometer has provided V-Cones for very specialised and unique cryogenic projects since entering the market in 1985. The V-Cone was selected to measure cryogenic coolant for detectors on a satellite in outer space, due to the meter’s ability to measure flow media extremely close to absolute zero. The V-Cone’s lifespan and durability were extremely beneficial as well — since maintenance cannot be carried out on a satellite.

The V-Cone as an emergency shutdown system instrument

Other cryogenic applications, such as gas compressor discharge flow, rely on the V-Cone for its customisation flexibility. In addition to the V-Cone’s range of standard and exotic materials for manufacturing, multiple taps can be engineered into the final device as well. Beyond the normal process control taps, additional taps for checks and balances add a level of redundancy to bolster an emergency shutdown system (ESD). The V-Cone can be customised with multiple taps as a part of a Safety Instrumented System (SIS) to provide measurement redundancy to meet the required Safety Integrity Level (SIL). For cryogenic processes, V-Cone taps can be manufactured with different standoff heights to accommodate thermal and acoustic insulation. 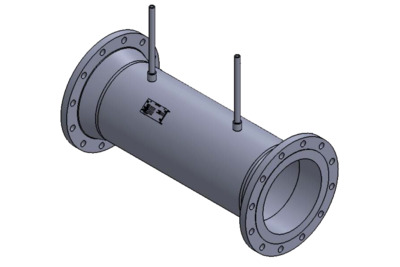 Figure 2: Taller standoff heights on a V-Cone to accommodate insulation.

Other popular specifications for these applications include 304L stainless-steel construction due to the characteristic low temperature of cryogenic flow media. Plenty of other materials are available such as nickel-based alloys and even zirconium if required. McCrometer’s engineers work on cryogenic projects often requesting low temperatures of -195°C prompting McCrometer to perform more stringent quality checks and non-destructive testing (NDT) related specifically to temperature.

Ensuring the integrity of the welds at extremely low temperatures is critical. V-Cones for cryogenic processes are manufactured with different weld procedures to accommodate cryogenic flow media and avoid brittle fracture. NDTs are often performed on the raw material as well as the manufactured flowmeter, and may include impact testing, radiography testing, and penetrant testing, often chosen to detect fatigue cracks. All of these NDTs are meant to verify the sustainability of the welds and authenticate that in-house best practices were followed.

Each cryogenic flow project will face different and unique specifications and environmental factors, and each end-user will have their own project goals that McCrometer can help them achieve. Custom V-Cones are manufactured to the specifications laid out by the customer or their engineering firm. McCrometer encourages users to communicate with its engineers early on in their design process; each end-user is an expert in their project, and McCrometer’s engineers are experts in flow measurement. McCrometer prioritises collaboration customers and channel partners on their challenging flow projects to help develop and manufacture lasting metering solutions.

The new pressure devices from Endress+Hauser.

Until now, choosing an instrument was a laborious process and often involved a lot of questions...

Long-range laser sensors are a flexible solution for monitoring fill levels of granulates in silos.