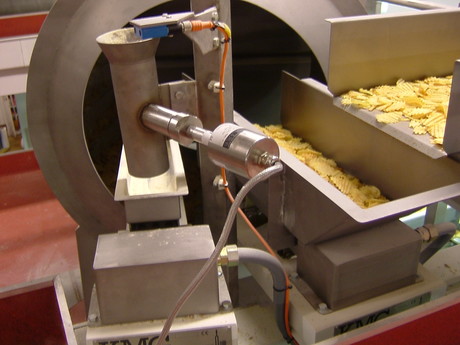 Everybody likes snacks, lollies, peanuts, crisps, ... while watching your favourite movie, rugby or football. Right? What’s better than that to serve our brain with a serotonin bump? But when it’s too salty or too sweet, the reverse happens, resulting in consumer rejection. This is definitely not what the producer wants! Every factory wants to nail the tasty point, optimal flavour, ...but how to do it? How do you avoid rejection and ensure customers’ satisfaction?

Recipes stick with standards, defined amounts, defined characteristics, repeatability, consistency. Common words for process engineers. What is the key to get all of that? Process control, something which doesn’t come in simple steps, higher quality, higher repeatability comes after many small steps and procedures. Processes are usually related to an optimisation cycle, something like planning, doing, controlling and acting. In Industrial Automation, the Control and Actions are mostly connected. A basis for control is measurement, without measuring how can control be possible?

Nowadays measuring solutions are affordable to the majority of industries. That’s why a medium-sized food producer has decided to improve their crisps’ flavour consistency. The existent dosing system was a screw feeder, dropping spice into the crisps transported on a conveyor belt. Two important variables were in question, the spice mass flow and the crisps’ moisture.

To blend the spice and the crisps, according to the recipe, it’s necessary to maintain 14 kg/h of spice and crisps with 4% moisture content. The moisture content was mostly constant, thanks to the oven’s good performance, so the challenge was spice’s mass flow.

In perfect scenarios the mass flow should be constant; in real life though, from time to time the spice sticks on to the screw feeder, reducing the output rates. At other times, the dosing system has accumulated material, dropping a bigger quantity at once.

Controlling the screw feeder’s speed is possible to adjust according to variations, which can happen while the crisps are produced. If there’s more crisps? Less crisps? Definitely the spice dosing should be adjustable. If it’s a bit sticky, a mechanical instrument would be terrible, stopping many times during the day. What about non mechanic solution? No moving parts, precise, easy to install and calibrate? Is it possible?

SolidFlow is a mass flow meter for dry solid materials of any kind. Its cutting-edge microwave technology allows the sensor to measure without touching the material, which is fantastic for spice. Entirely made in stainless steel, ready for the food industry, an instrument built to last.

SolidFlow was installed in a free-fall section between the screw feeder and the conveyor belt, measuring exact amount of spice falling on top of the crisps. The installation was made by welding the sensor’s socket in a very short pipe section in order to concentrate the microwave field, considering the very low flow rate of 14 kg/h. 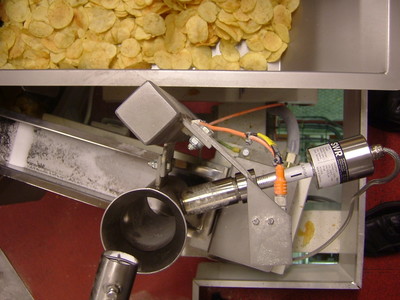 With 4–20 mA analog output, it’s easy to transfer this information to any PLC. SolidFlow now measures the spice flow rate to the controller, which adjusts the screw feeder speed according to the defined mass flow.

Just some days after installing the sensor it was possible to see improvements in the end product quality, constant mixing rates and the operational team can run the process, calling the maintenance team less often.

Now all they need is a good cup of coffee. Which, by the way, is another great application for SolidFlow! Coffee beans mass flow, to define the right amount to be injected into the roaster. So many things…Solids mass flow measurement, it’s now easier to do!

Temperature monitoring and control are crucial steps in almost every industrial manufacturing...