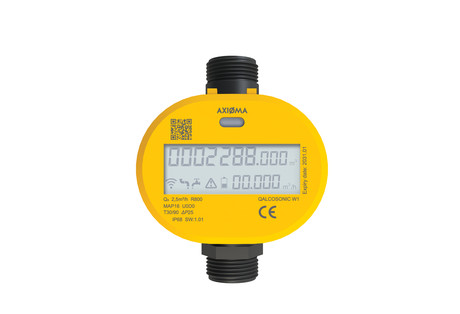 Lithuanian manufacturer of water meters Axioma Metering has won a tender for installation of 100,000 Qalcosonic W1 water meters in the Apulia Region of Italy. Axioma Metering participated in the tender organised by Italian water supply company Acquedotto Pugliese. At 6.5 million euro, it is currently the largest project involving smart meters in Italy and the largest project in this field in Europe providing for the use of IoT technologies.

“In the past several years, the Internet of Things has been one of the trendy phrases of the technology industries. We can only be proud that we are among the first in the world to be offering the cutting-edge technologies used in energy accounting,” said Ignas Vosylius, CEO at Axioma Metering. “This victory gained in Italy is comparable to the statement that Qalcosonic W1 meter is currently technically the most advanced and competitive meter in the global market.”

According to him, the company’s technical requirements towards the metering devices were very high. The functional criteria comprised as much as 80% of the total scope, which demonstrated that Acquedotto Pugliese was looking for the most advanced technology instead of the lowest price.

The main objective of Acquedotto Pugliese is to reduce water losses in the Apulia Region. The company is determined to resolve several issues: how to efficiently use the available water resources, measure water consumption more accurately and efficiently manage the water supply networks.

“I believe that this tender will become the building ground in the Italian market,” Vosylius said. “Acquedotto Pugliese is the utility services company managing the largest technological base in Italy, which sets the technological standards for the entire market.”

He is hoping for a future cooperation with Acquedotto Pugliese. One hundred thousand meters are only the first stage of the project. It is expected that the company will install 1 million new generation metering devices in this region. “The launch of the project involves our meters, therefore we will have a prominent advantage in the future tenders for the subsequent development of this project,” he added.

In September 2019, Axioma Metering landed the project for supply of smart water meters operating in the IoT network of a similar volume, which is being currently successfully implemented in Oman.

The company is planning to present another version of the meter with the alternative NB IoT (Narrowband Internet of Things) technology in February. Axioma Metering says it will become the first manufacturer of meters offering both LoRaWAN and NB IoT connection options.