Interface level detection — what to consider

Compared to standard level measurements in liquids, the detection and measurement of interfaces has its own particular challenges, leaving many interface applications without reliable level measurement. Most popular today are the electronic or non-mechanical solutions with no moving mechanical parts which offer much higher long-term stability and low-maintenance operation.

Ideally, an interface would be a clear separation between two media with different densities. Practically, however, a transition or emulsion layer often exists between the two media (see Figure 1). Consequently, multiple interfaces exist if one considers the transition from the first medium to the emulsion layer, and then from the emulsion layer to the second medium. So with the addition of each different medium two new interfaces are presented. One example is an oil-water separator in the crude oil extraction process. At the bottom there will be a sedimentation layer, consisting of sand and other heavy substances, followed by a liquid-solid interface to the water layer. During the separation of oil and water an emulsion layer will be formed, and frequently a foam layer can be found on top of the oil — five interfaces!

Process conditions not only affect and change the properties of the media but also influence the performance of the selected interface measuring technology. For example, traditional displacer or differential pressure technologies operate based on the different densities of the media. Changes in process temperature and densities of the media will cause measurement errors. Similarly, build-up and scaling on the sensing elements is another factor that affects mechanical systems with moving parts.

Commissioning procedures also have to be taken into account as some measuring systems can only be commissioned using a ‘wet calibration’, which means the vessel must be filled with both process fluids, one at a time. Not only does this add to the complexity but also incurs costs during commissioning and throughout the life cycle of the instrumentation. These costs of ownership need to be considered.

Although these systems still offer a wide range of applications, their use has declined in favour of electronic systems which offer the following advantages over mechanical systems:

With the increasing popularity of electronic over mechanical systems, following is a brief overview of the most recognised electronic methods.

While DP interface measurement is one of the most popular and cost-effective solutions, and offered by most reputable vendors, it is also most vulnerable to external influences such as fluctuating ambient temperatures and changing product densities, and users need to carefully take this into consideration.

The instrument probe in combination with a metallic tank forms the two plates of a capacitor, with the medium in the tank acting as the dielectric. When the dielectric changes, the capacitance changes. Consequently, capacitance offers a simple yet precise interface measurement of media with different dielectric constants (εr). 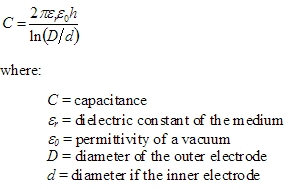 This technology offers certain advantages over other measurement technologies:

Radiometric (gamma) measurement is non-intrusive and thus ideally suited to level measurement applications in which other technologies will not be able to operate due to harsh process conditions such as high temperatures and pressures, or due to physical limitations. These systems are high cost and therefore are only considered after all other technologies have been exhausted.

Although high end, radiometric measurement offers solutions for problems that cannot be solved by other methods. For example, the use of multiple sources and detectors makes it possible to implement the detection of multiple interfaces, providing a product ‘profile’ in the vessel, and is far less costly than other ‘profilers’ available in the marketplace.

Although the boundary conditions are strict, guided radar offers the following advantages:

There is no universal technology that covers all interface applications, highlighting the importance of the correct selection to provide best performance with optimised cost of ownership.

Measuring consistency from laboratory to process

Ensuring measurement consistency when a process is scaled up from the laboratory to production...