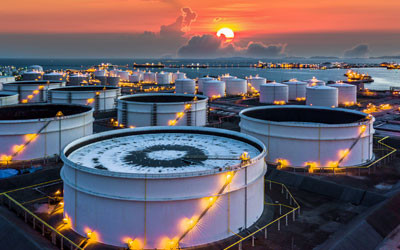 The world’s first floating roof storage tank was built in 1923 and it is estimated that today more than half of all storage tanks are of this type. Safety, economy and effectiveness were the driving forces behind the innovation back in the day, and the key reasons for using floating roofs have remained the same ever since:

Now, almost one hundred years since their introduction, using floating roofs is common practice and the benefits are well known. But making the roof float — and adding all the mechanical solutions that are needed to do this safely (eg, adjustable roof legs, rolling ladders, sealing systems, drain pipe swivel joints and many others) — has inevitably introduced risks that are not present in fixed-roof tanks. Thus, for all their benefits, floating roofs are also one of the most common root causes of tank incidents.1 For plant managers focused on efficiency and safety, this should be cause for concern.

With ever tightening regulations for emissions and safety, floating roofs are expected to become even more common in the future. Paired with a shrinking workforce and constant drive for efficiency, this becomes a challenge for tank operators. Floating roofs require thorough periodic inspections, but still root-cause failures risk going unnoticed until they escalate into an emergency.

The floating roof is a common cause of tank incidents because it is the ‘moving part’ of a petroleum storage tank. Although incidents involving floating roofs may not always result in what could be called a serious accident, they always result in a business interruption and are usually quite costly in terms of financial and operational impact.

Even something seemingly trivial as derailing of the stairs leading down to the tank roof has a big impact on the normal operation. Derailing can happen early if the roof starts to tilt.

Figure 1: Cross-section of a tank with a floating roof.

Ensuring safe operation of floating roofs is thus a critical action to improve safety and efficiency at petroleum storage facilities. For example, industry data indicate that rim fires occur at a rate of about 1–10 per 1000 tank years.1 In other words, in a facility with 100 tanks, 1–10 rim fires can be expected over a period of 10 years.

The International Association of Oil & Gas Producers (IOGP) has investigated the incident frequency of floating roof tanks2 and summarises that each year, approximately:

Preventing and mitigating floating roof incidents is in fact relatively simple — in theory. The standard way to reduce the likelihood of incidents is to routinely and thoroughly inspect the floating roof. This includes measures such as opening manways into pontoon compartments to inspect inside and perform atmospheric testing, inspecting roof legs and vacuum breakers, ensuring proper function of the rolling ladder, checking and testing accessible parts of the seals, checking for corrosion in all seams and welds, and many other tasks. In short, it is an extensive job that needs to be carried out regularly and according to the facility’s safety and maintenance directives.

Unfortunately, such inspections are often not carried out on a regular basis. Reasons for this can be:

Not performing inspections routinely will cause problems at a later stage. When inspections are not carried out, less-critical faults that could have been repaired are not discovered. As time passes these will then escalate into more serious events. 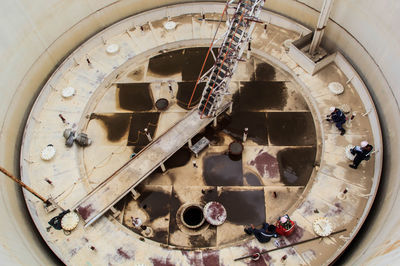 Figure 2: Inspection and maintenance of a floating roof.

In the end this leads to operators being caught off guard by a sudden emergency, instead of having solved the issue by scheduling a repair as part of routine maintenance. It is in fact rare for serious incidents to happen suddenly without there being warning signs that could have been discovered earlier.3

The escalating nature of floating roof failures and the difficulty of inspection becomes an even larger cause for concern when paired with the challenges of the bulk storage industry today:

It is clear that something must change. The time is ripe for automation to come also to the floating roof. An automatic floating roof monitoring (AFRM) system means operators can be certain that their floating roof tanks are working as intended. It extends continuous, around-the-clock monitoring to the roofs, and automatic alarms connected directly into the control room give immediate notice if a floating roof shows abnormal behaviour.

Such an automatic monitoring system detects how well the roof is floating. Specifics vary depending on which technology is used, but in general it is about measuring if and by how much the roof is tilting. A roof tilting more than normal is one of the early indicators that something is amiss; eg, a pontoon may be punctured, there may be liquid pooling on the deck or there may be vapour trapped under the roof. An AFRM system can give early warning that the roof is outside of normal operational parameters, which should result in sending personnel out for inspection.

Radar gauges are the standard instruments for level measurement in bulk storage tanks, a proven technology used for decades in terminals worldwide. Radar gauges are also very suitable for detecting tilting of floating roofs. Three or more radar gauges are placed evenly around the perimeter of the roof. Gauge data is sent to the control room and the operator interface software, where roof tilt is tracked by automatic comparison of the distance measurements. Alarms can be configured to warn the operators if the tilt exceeds a predetermined value, indicating the roof is not operating as normal.

A further benefit of using radar for floating roof monitoring is that it offers two different options for installation. Either a non-contacting radar solution or a guided wave radar solution can be used depending on what is most suitable for each tank.

If guided wave radar is used, the radar gauges are installed directly on the top side of the floating roof itself. Three or more guided wave radar transmitters are installed in nozzles spaced evenly around the roof perimeter, and the rigid probes of the transmitters penetrate through the roof and into the liquid below. In the same way as for non-contact radars, the three measurements are compared to determine the degree of tilt of the roof.

Whether non-contact or guided wave radar is preferred varies site by site or even tank by tank. In Part 2, the two options are discussed and compared in more detail.

Gas flow measurement: what you don't know can be very expensive

Inaccurate or inconsistent measurement of air and gases can result in serious accidents,...

The choice of detection method for monitoring toxic gases in industrial settings has been a...

Magnetometry to measure the state of lithium-ion batteries