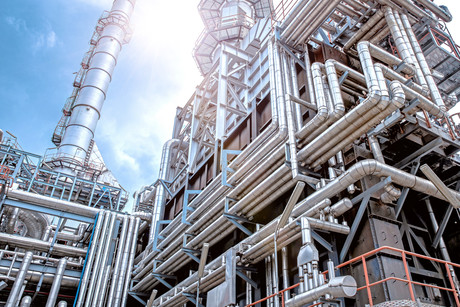 The choice of detection method for monitoring toxic gases in industrial settings has been a subject of persistent debate.

Toxic gas monitoring is critical for natural gas power plants, chemical processing, oil and gas production plants, and refrigeration facilities around the world. Leakage of hazardous gases can result in property loss through excessive corrosion, damage to the environment and, most critical, injury and death. Many toxic substances have poor physiological warning properties, meaning people can be overwhelmed by them before being aware of their presence. To protect workers and plant assets, as well as to avert harm to the environment and the public outside of the fence line, organisations use gas detection systems. Toxic gas detection systems have a long history in the workplace and are mandated by law or corporate codes of practice or applied on a voluntary basis.

Since the late 1960s, the electrical properties of semiconducting metal oxides have been successfully employed in gas sensing devices. These sensors consist of a gas-sensitive resistive film, a platinum heater element and an insulation medium (Figure 1). Most commercial gas sensors make use of tin oxide or tungsten oxide combined with other oxides, catalysts and dopants to increase the selectivity of the device. Such materials offer high sensitivity at lower reaction temperatures.

When exposed to gas, gas molecules react on the metal oxide surface and dissociate into charged ions or complexes that alter the resistance of the film1. This change is dependent on the physical properties of the metal oxide film as well as the morphology and geometric characteristics of the sensing layer and the temperature at which the reaction takes place. A heater circuit raises the temperature of the film to a range that yields optimal sensitivity and response time to the gas to be detected. Additionally, a pair of biased electrodes is embedded into the metal oxide to measure the change in resistance. This variation of the sensor that results from the interaction of the gas molecules with the film is measured as a signal and is completely reversible. This signal is then converted to a gas concentration.

For reducing gases such as carbon monoxide (CO), hydrogen (H2) or hydrogen sulfide (H2S), the surface reaction takes place with pre-absorbed oxygen and water vapour-related species, which decreases the resistance of the sensor. The decrease in resistance as a function of gas concentration is shown in Figure 2. For oxidising gases such as nitrogen dioxide (NO2) and ozone (O3), the resistance increases with increasing gas concentration. The magnitude of the changes depends on the microstructure and composition or doping of the base material, on the morphology and geometrical characteristics of the sensing layer and of the substrate, as well as on the temperature at which the sensing takes place. Alterations in any of these parameters allow for the tuning of the sensitivity towards different gases or classes of gases. 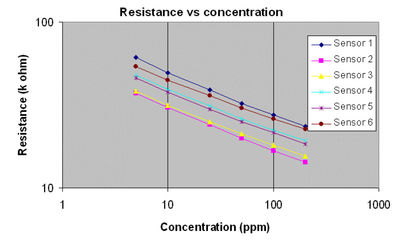 Semiconductor sensors are versatile and long-lived. Typical semiconductor sensors can detect a wide variety of gases and can be used in many different applications. Furthermore, they can do so over 10 years, making their life expectancy among the longest of any detection technology available. Solid-state sensors are also robust and have high tolerance to extreme ambient conditions and corrosive environments, making them a choice for monitoring gases in hot, dry climates.

When it comes to cost of ownership, solid-state sensors often fall short of end-users’ expectations. A weakness of this detection technology cited in the literature is poor selectivity. Many solid-state sensors are affected by methyl mercaptan, chlorine gas, NOx compounds and other interference gases that alter the sensor reading. This makes the sensor output unreliable and could lead the instrument to trigger false alarms.

Another drawback of solid-state sensors is their high power consumption. These devices rely on a heater to regulate the temperature of the metal oxide semiconductor film because the gas response (or gas sensitivity) of metal oxide films reaches a maximum between 100 and 500°C, depending on the composition of the film and the adsorption and desorption characteristics of the gas on the metal oxide surface. The penalty for such high temperature is the need for a large and constant supply of energy — typically about 1 W.

Solid-state sensors are also prone to baseline shifts over time. As a result, the sensor reading decreases on exposure to the same well-known concentration of target gas, a phenomenon known as the ‘sleep effect’ (Figure 3). This gradual degradation of the concentration scale is only mitigated by exposing the sensor periodically to the target gas. Invariably, users spend calibration gas at a high rate to keep sensors ‘exercised’. 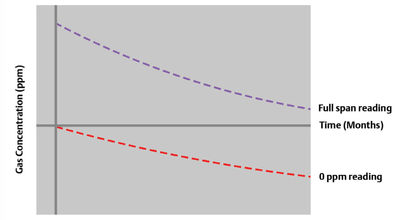 Figure 3: Baseline and span shift of hydrogen sulfide solid-state gas detector over time when unexposed to the target gas.

The most common electrochemical cells are amperometric devices — those in which the current flowing through the system is related to the concentration of the gaseous species. Consisting of a three-electrode system — the working, the counter and the reference electrodes — an amperometric sensor operates at a fixed potential. A schematic of an electrochemical cell with its components is shown in Figure 4. In diffusion-limited conditions, exposure of the cell to the gas of interest results in the production of two chemical reactions. These chemical processes produce a current that is directly proportional to gas concentration. 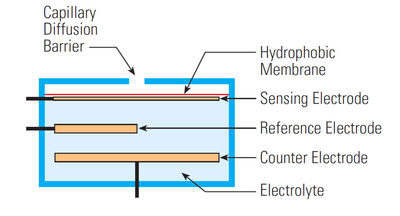 The advantages of electrochemical gas detection in harsh environments are well known. Electrochemical sensors are highly sensitive, consume less power because of their intrinsically safe operation and have good specificity to target gases. The devices have a working pressure range of 10% within atmospheric pressure and, consequently, require no recalibration if used at high elevations. Another advantage is their direct linear output of current to gas concentration. They also offer a real zero.

One striking feature of electrochemical sensors is their capacity for miniaturisation. For this type of sensor, the sensitivity, accuracy and linearity are independent of size. Rather, sensitivity depends on the number of reactive sites of the electrode and the size of the gas inlet.

Traditionally, users of gas detection have learned that the drawbacks of electrochemical gas detection stem from the factors affecting the chemical reaction. The speed of reaction, for example, decreases with decreasing temperature. As a result, the temperature range of electrochemical cells tends to be narrower than those of other types of detectors. Historically, electrochemical devices were unable to operate in severe, cold weather. A low ambient temperature limit of -10°C is not uncommon in certain commercial models. These sensors are also adversely affected by alkaline metals, which cause sensor drift, and by silicone vapours, which may coat the sensor surface and irreversibly inhibit sensitivity. Operation in low oxygen environments also alters sensor performance in sensors in which oxidation of the target gas takes place at the sensing electrode. Examples are certain ammonia, carbon monoxide and hydrogen sulfide electrochemical cells.

The limited operating temperature range for electrochemical sensors has reduced their use and created a demand for other sensors, specifically solid-state designs. This has led to a “no perfect solution” mindset in gas detection. While detection diversity can be very desirable in many applications, researchers and scientists have worked hard to correct the limitations of the electrochemical sensor.

To address poor thermal stability, researchers have developed cells with ionic liquids (ILs) as the ion conducting phase. Room-temperature ionic liquids are a class of compounds containing organic cations and anions, which melt at, or close to, room temperature. Ionic liquids have low vapour pressures and are stable at temperatures as high as 350°C. Most ionic liquids are surfactants consisting of organic cations such as phosphonium dodecylbenzene, N-alkylpyridinium and a variety of anions (eg, SO3-, Br-). To date, several research groups have demonstrated the use of these novel materials in electrochemical sensors for oxygen, carbon dioxide and ammonia.

If there has been a principal objection towards the broader acceptance of electrochemical sensors, it may be their operation in extreme heat or cold. Yet the thermal stability of these devices has improved over the years and today’s sensors operate at ambient temperature limits that approach or often match those of solid-state sensors.

There was a time when electrochemical devices fared poorly in environments with low humidity and had short service lives. In low humidity conditions, cells could dry out and small amounts of impurity gases and other compounds could poison the sensor over time. Over the last 10 years, sensor manufacturers have developed designs that reduce or eliminate these deficiencies. Newer sensors have less porous barriers that limit the number of gas molecules passing through, thereby reducing the amount of moisture collected by the cell. High selectivity has mitigated the effects of poisons and interfering agents, which in turn has improved longevity.

Advanced features for longevity and selectivity

With the evolution of electrochemical detectors, new technologies overcome their traditional weaknesses. An advanced electrochemical gas sensor can now offer high specificity, fast response and low maintenance burden if it includes several of the following features and capabilities:

The sensor of choice

Today’s electrochemical detection systems are sensitive, selective and minimally affected by pressure and temperature changes. Similarly, electrochemical sensors’ accuracy, repeatability and response speed do not change significantly with ambient conditions, making them an ideal choice for applications that require repeatability and consistency. Because electrochemical sensors inherently consume little power, they lend themselves well to the design of wireless gas detectors. Some commercial models can operate for more than five years before requiring battery replacement.

The choice of detection method for monitoring toxic gases in industrial settings has been a subject of persistent debate — but that argument is winding down. Electrochemical and semiconductor sensors both offer significant benefits, such as accuracy, reliability and ease of use. Despite such common grounds, reduced cost of ownership favours electrochemical sensors over solid-state devices. Electrochemical sensors are highly specific, do not require frequent exposure to target gases and need little power to operate. Such advantages translate to cost savings over the device’s useful life.

The significant reduction or even elimination of the narrow operating temperature range of electrochemical sensors has taken away the principal argument for the use of solid-state sensors in their place. While no single sensor will ever be the ultimate choice for all detection applications, today’s electrochemical gas sensors are as close to a gold standard as the user is likely to find.

Sanitary temperature sensors are commonly used in many industries, but their calibration is...