As explained in Part 1, there are many level measuring situations in which virtually any measuring technology will work, but there are also many cases where some technologies will work while most others will not.

The simplest form of level measurement is with a float or displacer, a device that rides on the surface of the material within the vessel. The float must have a lower density than the material and be made of a material that will not react with it. There are two common ways a float level is usually measured automatically. The first is a float in a sight glass or bridle at the side of the tank. The float may be magnetic so then its position can then be detected magnetically. The other is to use a wire and spring-loaded pulley system that maintains the tension on the wire - the wire reel then uses a multiturn potentiometer, rotary encoder or digital instrument to measure the depth by the angular position of the reel.

Both these methods only work for liquids, but may not be appropriate if the density of the liquid is likely to change, since they are dependent on the buoyancy of the liquid and must be calibrated to a particular buoyancy. The wire float method can be employed for solids, but must use a more complicated method of lowering a weight until it rests on the surface, and lifting it out again when the tension changes, because leaving the float on the surface may result in it getting buried, rather than ‘floating’. An example of just such a device for silos is shown in Figure 1.

A vertical column of fluid exerts a pressure due to the column’s weight. The relationship between column height and fluid pressure at the bottom of the column is constant for any particular fluid (density) regardless of vessel width or shape. This principle makes it possible to infer the height of liquid in a vessel by measuring the pressure generated at the bottom. For a given liquid density, the pressure measurement can be calibrated as a depth measurement.

The critically important factor is that one must accurately know the liquid’s density in order to calculate the liquid’s level using hydrostatic pressure. Having an accurate assessment of liquid density also implies that density must remain relatively constant despite other changes in the process, so using hydrostatic pressure to measure level is suitable for a single liquid of known and constant density. Density of the liquid may also change with temperature variation, so in this case it may be necessary to compensate for temperature variation.

Differential pressure (DP) transmitters are the most commonly used instrument for this type of measurement. They are designed to provide a calibrated output based on the difference in pressure between two ports (a ‘high’ port and a ‘low’ port). The simplest application is measuring the pressure at the bottom of an open vessel by connecting the ‘high’ port to the vessel and leaving the ‘low’ port open to the atmosphere. Given that the vessel is open to the atmosphere, the level will be directly proportional to the pressure at the bottom of the vessel (the differential pressure between the two ports, or between the vessel bottom and the atmosphere). It should be noted that typically the instrument may not be mounted at the bottom, but may be physically located above or below the vessel bottom, and connected via an ‘impulse tube’ or capillary. If this is the case, the difference in height between the instrument and the measurement point will create an error equal to the height difference, increasing the level reading if the instrument is lower and decreasing the reading if the instrument is higher - an error that must therefore be compensated when calibrating the instrument. 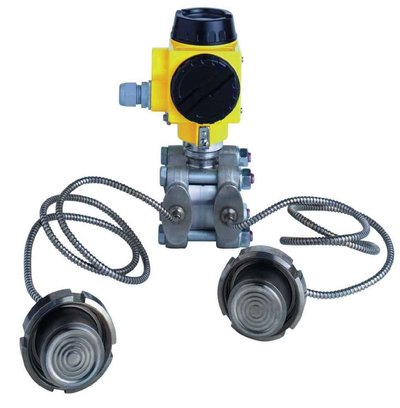 Figure 2: DP level transmitter with diaphragms for mounting in the vessel, connected via impulse tubes (Vega).

In the case of a closed vessel, vapour trapped above the liquid will exert additional pressure on the liquid. In this case the DP instrument cannot use atmospheric pressure as the ‘reference’. Typically in this case, the ‘low’ port is connected to the space at the top of the vessel, so that the vapour pressure is compensated for.

There are various additional factors that need to be taken into account when using DP instruments for level measurement, and that depends on the application. These factors are beyond the scope of this overview article.

In open air applications, where the sensor cannot be mounted to the bottom of the vessel (such as in an outdoor reservoir), a direct hydrostatic pressure level sensor can be suspended from a cable into the tank to the bottom point that is to be measured. The sensor must be specially designed to seal the electronics from the liquid environment. In tanks with a small head pressure, it is very important to vent the back of the sensor gauge to atmospheric pressure, otherwise normal changes in atmospheric pressure will introduce large error in the sensor output signal. In addition, most sensors need to be compensated for temperature changes in the fluid. 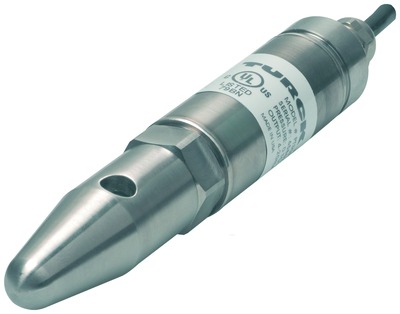 An air bubbler system uses a tube with an opening below the surface of the liquid level. A fixed flow of air is passed through the tube. Pressure in the tube is proportional to the depth (and density) of the liquid over the outlet of the tube. A DP transmitter can therefore be connected to the bubbler tube to measure the pressure in the tube relative to the atmosphere.

Air bubbler systems contain no moving parts, making them suitable for measuring the level of sewage, drainage water, sewage sludge or water with large quantities of suspended solids. The only part of the sensor that contacts the liquid is a bubble tube, and since the point of measurement has no electrical components, the technique is a good choice for hazardous areas - the control portion of the system can be located safely away at a distance.

The main disadvantages of bubblers are that like the DP level technology, their calibration is affected by changes in product density, and that they are not suitable for closed (non-vented) vessels.

Capacitance level sensors can be used with a wide variety of solids, liquids and slurries. The sensors can be designed to sense material with dielectric constants as low as 1.1, such as coke or fly ash, and can also be used in a wide range of liquid applications.

These instruments work by the same principle as the point level capacitance sensor mentioned in Part 1 of this article. As the level rises, the air or gas normally surrounding the electrode is replaced by material having a different dielectric constant. The resulting change in the capacitance results in a proportional level measurement.

The probe should be grounded when used with non-metallic vessels. If there is a chance of coating on the probe, then the related RF admittance technology should be used, because the admittance sensor, by taking into account both the conductance and susceptance of the material, can compensate for the effect of coatings on the probe.

Ultrasonic level instruments use a piezoelectric transducer to generate a sound wave to be reflected off the contents of the vessel. The device measures the length of time it takes for the reflected sound wave to return to the transducer.

The main advantages of ultrasonic level instruments is that they are a non-contact technology with no moving parts and a single top of vessel entry makes leaks less probable than fully wetted techniques. They are useful for both liquids and solids, and since they are non-electromagnetic, they work independently of the dielectric constant of the material. They are often used in open, atmospheric tank water applications.

Powders, heavy vapours, surface turbulence, foam and ambient noise can all affect the returning signal, however, and ultrasonic devices will not operate in vacuum or high-pressure applications. Obstructions in the vessel can also create problems for these types of instruments.

Radar level instruments operate on a principle similar to ultrasonic instruments except that the signal is a microwave RF signal, and as such they depend on detecting the difference between the dielectric constant of the material to be measured, and that of the space above it.

TDR instruments emit a burst of microwave energy and the antenna then acts as a receiver to receive the pulse reflected from the surface of the material. Level is calculated from the time of flight of the signal echo back to the instrument (how far the pulse travelled from the top of the vessel).

FMCW systems in contrast emit a continuous swept frequency signal and distance is inferred by the difference in frequency between the transmitted and received signal at any point in time (since the material will alter the signal). This method is more expensive than TDR measurement but also more accurate.

Radar level instruments are highly accurate in large storage tanks and some process vessels, and can be used for continuous level measurement of both solids and liquids. In the case of pulsed radar there needs to be sufficient empty space at the top of the tank, as these instruments lose accuracy when the surface to be measured is too close to the instrument, or if the vessel has radar-reflective obstructions such as ladders and agitators that may be ‘seen’ by the radar.

A probe or wave guide is inserted into the vessel through a tank nozzle. Pulses of microwave energy are transmitted down the probe and reflected back. This has the advantage that the probe ‘guides’ the RF signal and can therefore be placed clear of obstructions. It also means that the RF energy can be guided below the surface of the material, which is useful for interface detection - two pluses will be reflected back with different times of flight, indicating both the top surface and the interface. 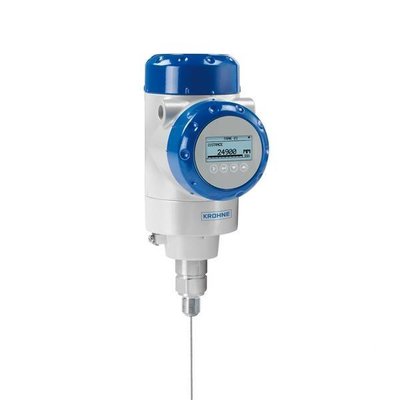 Figure 4: An example of a GWR level transmitter (Krohne).

Nucleonic level instruments can be used for both point and continuous level measurement, and are usually deployed where penetration of the vessel is undesirable, such as in conditions of extreme temperature or pressure, or where the material to be measured is highly toxic or corrosive. Radioisotopes are used to emit gamma radiation that passes through the vessel wall and process material. A scintillation detector on the other side of the vessel detects the radiation passing through and infers the level.

Nucleonic measurement, however, has a high cost of ownership. There are hidden costs associated with safe handling and training, as well as initial licensing and periodic inspection by external authorities or the supplier, and when they are no longer required, the nucleonic instrument must be disposed of through appropriately licensed, external organisations. As such, nucleonic measurement is often seen as an expensive ‘option of last resort’ for special cases.

Measuring consistency from laboratory to process

Ensuring measurement consistency when a process is scaled up from the laboratory to production...