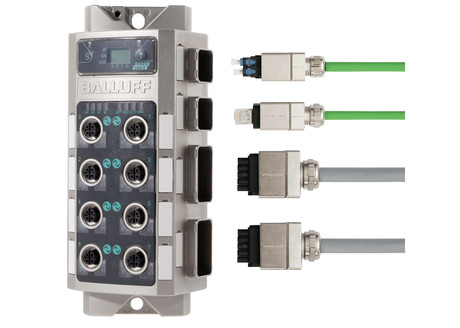 Each year, PROFIBUS & PROFINET International (PI) conducts a notarised survey of the number of installed devices with interfaces equipped with the PI communication technologies. The numbers for 2017 reveal a very positive development.

With Profinet, the 4.5 million devices brought to market in 2017 represent an increase of 25% over the previous year. At the end of 2017, approximately 21 million PROFINET devices were working to automate production. The annual number for Profibus has, after successive years of decline, remained nearly unchanged over the previous year with 2.3 million installed devices. The total number is approaching the 60 million mark. A comparison of the two annual values shows that nearly twice as many Profinet devices were brought to market than Profibus devices in 2017. The sum of the two annual values represents an all-time high of 6.8 million.

With the best-ever recorded annual value of nearly 2 million nodes brought to market, the development of PROFIsafe continues a very positive trend, corresponding to a growth of 25% over the previous year. Overall, PROFIsafe is closing in on 9 million nodes.

As in the early years, IO-Link likewise achieved a record in two regards in 2017. First, 2.8 million IO-Link devices were brought to market. Second, growth in excess of 50% was recorded over the previous year. This brings the total number of installed IO-Link devices to more than 8 million. 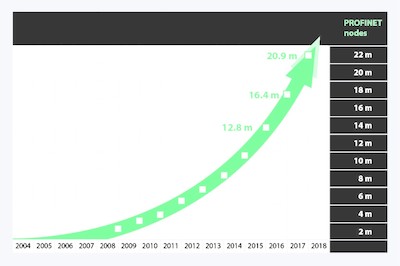 21 million PROFINET devices have now been installed in production plants.

For Karsten Schneider, Chairman of PROFIBUS & PROFINET International (PI), the numbers serve as impressive proof that the right decisions were made at PI in the earlier years with respect to the continued development of the technologies.

“This is ultimately reflected in our membership numbers as well,” he said. “The organisation in Germany alone counts more than 400 companies among its members — a strong vote of confidence in our organisation and our innovative power. We are working hard to position our technologies in the Industry 4.0 sector. The goal is to offer our members long-term perspective for their products.”

Madison Technologies has announced a partnership with InHand Technologies, a brand of industrial...

Belden has announced that its Hirschmann brand has joined the Single Pair Ethernet (SPE)...

OPC UA companion specification to be developed for CIP

ODVA has launched a joint working group with the OPC Foundation to develop an OPC UA companion...