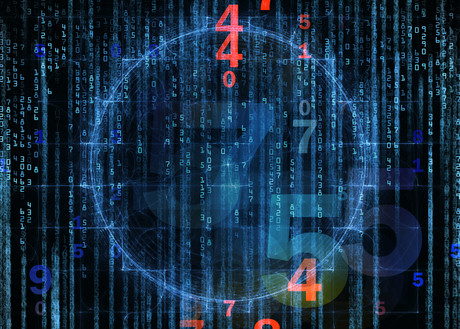 FDT Group has announced that its emerging FDT IIoT Server (FITS)-based specification has been released for FDT member review. The FITS architecture is designed to empower the intelligent enterprise with native integration of the OPC Unified Architecture (OPC UA), as well as comprehensive control and web services for secure mobile, cloud, fog and enterprise-wide applications in the process, hybrid and discrete automation sectors.

FDT was founded to set the stage for open, standardised integration for bilateral communication and access to asset analytics across the industrial enterprise. Today, it is the de facto control system and device integration standard, adopted in millions of installations worldwide. The holistic nature of FDT has allowed the standard to evolve to become ‘timeless’ in supporting next-generation automation solutions demanded by the fourth industrial era (Industry 4.0), which is transforming the connected world of automation.

Industry-driven feedback has been the basis for the growth of FDT technology since the release of the original Version 1.2 specification in May 2001. The recent release of the FDT 2.1 standard builds on the success of FDT 2.0, issued in April 2012, with a robust combination of features, including improved security, faster performance, ease of use and investment protection. These progressive efforts underscore FDT’s transformation as a complete, standardised IIoT architecture enabling sensor-to-cloud, enterprise-wide connectivity for the new era of automation.

“The emerging FITS architecture built off the trusted FDT technology is the game changer the automation industry has been anticipating,” said Glenn Schulz, FDT Group Managing Director. “Designed to empower IIoT and Industry 4.0, and leverage the recent release of FDT 2.1, the FDT IIoT solution is built surrounding a core FDT Server which serves as a broker for wide range of client/server interactions, whereby communication between key components is standardised for its control, OPC UA and web services interfaces.” 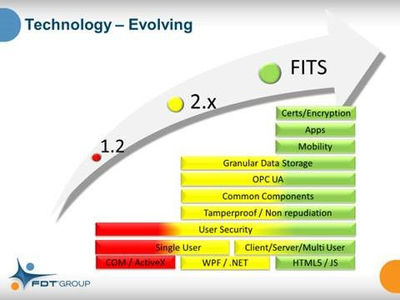 Because of the security, scalability and the ease of deployment of an FDT FITS Server, the solution will simplify entry into the IIoT marketplace as the only standardised integration architecture providing a single interface with mobile access cloud-to-plant-floor. FITS features robust layered security leveraging vetted industry standards, and utilises transport layer security (TLS) to establish a hardened shell and encrypt all communications. Optionally, it can authorise devices that connect to the FDT FITS Server. User-based security is employed to determine the user’s role and rights within the application.

“Release of the FITS specification for member review is a major milestone in the development process as we prepare for release to the public in the fourth quarter of 2018,” said Schulz. “Hundreds of people and work hours have been pinned to all aspects of the FITS architecture, and we are thrilled with the progress and innovative advancement it will deliver for both manufacturers and end users across the automation spectrum.”

The final standard will be delivered as three documents: the FDT 2.5 specification, which builds on FDT 2.1 to include the HTML5 and JavaScript graphical user interface features; the FITS Web Services Technical specification, which describes the Web Services interfaces and requirements for an FDT Server; and the OPC UA annex detailing the OPC UA server mapping for an FDT Server.

Developers interested in implementing FITS are encouraged to join the FDT Group. To fully support and accelerate adoption of the new architecture into the marketplace, a comprehensive development solution comprised of Common Components will be delivered together with the release of the FITS specification. Common Components create a library of FDT routines and will simplify compliant development of FITS-based solutions such as Servers, DTMs and apps.

A single common conformance test plan is to be developed for the IEC/IEEE 60802 TSN Profile for...

A report from the Wireless Broadband Alliance explores how Wi-Fi’s latest features can meet...