Where are all the fieldbus sites? 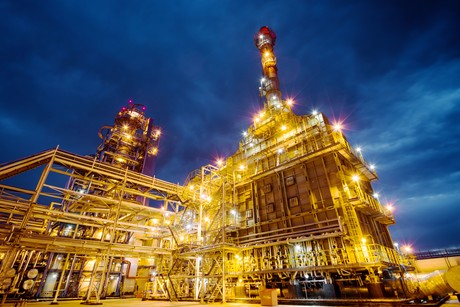 According to Wikipedia, “The Fieldbus Foundation is an organization dedicated to a single international, inter-operable fieldbus standard. It was established in September 1994”. Wikipedia also defines Profibus as “a standard for fieldbus communication in automation technology ... first promoted in 1989”.

So let’s consider that Foundation Fieldbus products have been available for more than 20 years and Profibus products for over 25 years respectively.

First off, I wish to qualify my comments by acknowledging that my background is in a relatively small process instrumentation vendor. The larger vendors in the field may have different experiences in relation to this issue. Having said that, AMS supplies a range of products from a number of internationally recognised leaders in their field.

It is our experience that only a very small fraction of equipment supplied by AMS has either fieldbus capability. It’s not that these configurations aren’t available, it’s more that they’re very rarely requested. The vast majority of products we sell still have an analog output. A reasonable number will have HART protocol.

We all know the technical advantages of the fieldbus technologies, so why has the uptake been so long in coming? Multidrop capability reduces wiring and associated infrastructure. Multiple variables from field instruments can be interfaced with the control system to allow trend analysis and process optimisation, amongst other benefits. Self-diagnostics allow for preventive maintenance to reduce downtime and improve plant safety: in the event of failure, maintenance personnel can be notified and remedial action taken quickly. The I/O subsystem is effectively built into the instrument, further reducing required control system hardware. With all these benefits, why aren’t more plants running fieldbus technology? 20 years seems like a long time for the technology to not filter through to widespread use.

Around 10 years ago, we hired a service technician who had just immigrated to Australia after years of living and working in Southern Africa. He was a very capable technician and, shortly after his arrival, expressed surprise at the lack of fieldbus technology installed in Australia. He’d been working in sugar mills in Africa which were far more modern in terms of their installed instrumentation and control systems than typically seen here. He went on to state that fieldbus technology was widely deployed throughout industrial sites in Botswana. With all due respect to Botswana, which has experienced significant economic growth since gaining independence, I would not have thought they would be ahead of Australia on that front.

There seems to be an “if it ain’t broke, don’t fix it” mentality throughout the country. Sure, spending capital on process upgrades has an opportunity cost for other business activities, but just because it isn’t broken, that doesn’t mean it couldn’t be done better. When your process is producing your product which generates your income, how many higher priorities are there?

Fieldbus systems could have been more user-friendly in the early days and there were some projects which experienced teething issues. Against that, there is more expertise available now among the user base and the systems have improved. Isn’t it time more brownfield sites starting rolling out this technology too?

After studying electrical engineering and accountancy, Tom Kuiper joined AMS. Over 15 years later he is the National Sales Manager. As AMS sell a broad range of process equipment, he’s been exposed to a wide of applications and industries.

The truth behind the hype.

Architecting the edge for performance and reliability

For most OT professionals long responsible for edge-based computing systems in their...

Victorian waste-to-energy plant gets thumbs up