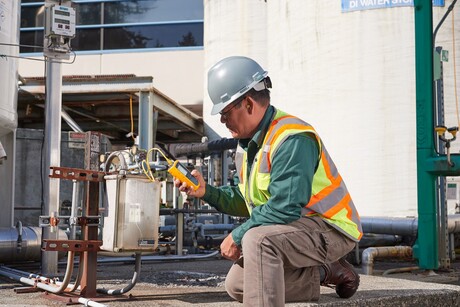 Whether you’re a process or plant engineer, a technician, or an electrician, you’ve got to be an expert in a wide array of areas today — including Industrial Ethernet. Sooner or later, you’re going to run into a problem caused by others who aren’t as well-versed in the vagaries of this networking technology. Here are the worst problems that you may face when dealing with Industrial Ethernet. Hopefully, you can find and correct them (or, better yet, avoid them) before they lead to plant downtime.

It’s true that much of the customer- and office-grade equipment out there will work with Industrial Ethernet. But the question is, for how long? Non-industrial gear isn’t ready for the vibration, moisture, electrical interference (EMI), chemicals, and more that you’ll find in a plant. Smart people realise this, but sometimes they use suboptimal gear for a quick fix to get operations back up and running. Since quick fixes are often forgotten, it’s best to avoid using non-industrial gear for your Industrial Ethernet.

Some cabling is designed to handle the worst of all the MICE (mechanical, ingress, climatic, and electromagnetic) environments, so you can be a little looser in how you route that cable. In most instances, however, cabling has some limitations and you need to be aware of those limitations when routing it. Is it too close to electromagnetic interference sources like variable frequency drives? Are there areas where it will get too hot or exposed to harsh chemicals or just plain water? The worst part about making this mistake is that the cable will usually function properly — until things change just enough to cause a failure.

Not labelling your cabling installations

Just as plants have requirements and standards for the labelling of piping and conduit, so does cabling (see TIA 606-B). The issue here isn’t safety, but time and frustration. Knowing which cable goes where can save vast amounts of time when troubleshooting or upgrading.

Not testing cabling before installing a new line

Verifying your cabling can save hours of time when you’re installing and starting a new system. While a quick check of the cable takes only seconds, problems like an improperly terminated connector, or a cable that’s too long or susceptible to EMI, can take hours to troubleshoot and lead to finger-pointing and project delays.

Basic cable testing as described above can help ensure that the cabling is installed properly, but it can’t tell you how it will perform. Advanced testers measure many more parameters, such as crosstalk (which affects the throughput of the cable), resistance and return loss (which can indicate connectors that are susceptible to vibration or moisture), as well as transverse conversion loss (which indicates susceptibility to electromagnetic interference). Ensuring that cabling meets performance standards for these parameters provides assurance that the cabling will work not only at startup but well into the future.

One quick fix that’s often attempted for a cable that isn’t performing properly is to connect it to an unmanaged switch somewhere in the middle of the link and run a cable from there to the end device. While this sometimes works it adds a point of failure, which is especially problematic if the device is an office- or consumer-grade product. Worse, when connected like this, the device can’t be controlled and is in fact ‘invisible’ to network management or any tech trying to troubleshoot a problem.

Connecting a cable to a device and seeing the Link LED illuminate is satisfying, but it’s not a guarantee that the communications link is working properly, or even at all. The link light will typically come on whether the communications are solid or barely working — which means very little margin for error. Most experienced networking techs can tell you stories of the time the light came on when the link didn’t work at all or wasn’t even connected. That’s why they don’t trust those lights, and neither should you.

When your Industrial Ethernet network stops working, it looks good and feels good to start fixing things. Unplug and plug things. Try a different switch port. Route a new cable. Replace a controller. Unfortunately, this scattershot approach has multiple problems. First, you could waste a lot of time fixing things that aren’t broken. Second, it can be costly to replace things that aren’t broken. Third, and worst of all, since you don’t know what the problem was when your communications start working again, you can’t be sure you’ve really solved the issue or if it will be back again to ruin your day tomorrow.

Being unprepared for the leading cause of Industrial Ethernet failures

Research shows that the most common cause of Industrial Ethernet failures is cabling and connectors. The good news is that with a small investment you can be ready to quickly pinpoint and repair them. Having a cable tester on-site — even a basic one — not only enables you to determine if the cabling is at fault (if not, you can focus on the real problem) but also tells you where the problem is: most commonly a connector. Having termination tools and replacement connectors (maybe even spare cabling) onsite will save hours or days compared to purchasing them or hiring an expert.

If your Industrial Ethernet installation includes fibre, you know that the most common cause of fibre failure is contaminated connector end faces — an especially severe problem in dirty or dusty factory environments. Since fibre connections handle more data and are more likely to be critical, failure can be catastrophic. Avoid problems by inspecting and, if necessary, cleaning and reinspecting any fibre connections whenever they are connected or reconnected.

Installing fibre-optic cable and not testing it

Fibre-optic cable is often used between the access switches (usually near a machine) and distribution or core switches. They are also used in place of cable runs too long, or inhospitable to copper cable. But like many network components, a marginal fibre link may work well at startup, only to give you trouble down the line. Testing the fibre after it’s installed ensures that it exceeds performance requirements and can even pinpoint potential points of failure.

No matter how good your copper or fibre cable is, there are limits to how long it can be. The danger of exceeding these limits is not only that it won’t work, but worse, that it will work intermittently — leading to unplanned downtime. Testing your cables before startup or during troubleshooting can tell you if they’re too long. What most people don’t know is that cabling performance degrades as the ambient temperature rises. Cabling standards acknowledge this by applying a derating factor to copper cables in high temperature locations, resulting in a shorter allowable length. You can check for this issue by measuring the insertion loss and return loss of the cable at operating temperature to make sure these critical measurements are within limits. For situations where you need a link that’s too long for standards, talk to your cabling vendor about specialised cabling designed to extend copper operating distance for your MICE environment.

The benefits to automation of the latest standardisation efforts.

The role of wireless in modern production

Modern industrial wireless systems overcome the traditional problems with wireless and mark a...

HART gateways can assist in delivering an immediate Ethernet-based solution without affecting...