Is Li-Fi the future for industrial networks? 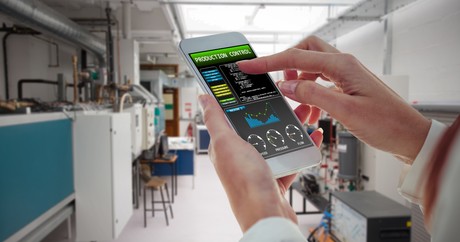 Wireless networks are showing up more commonly in industrial environments but have the drawback of more complex network design challenges, not the least of which are concerns about cybersecurity. Perhaps the latest research into light-based wireless networks offers a solution.

With all the talk of Industry 4.0, the IIoT and the Industrial Internet, the demand for the interconnection of industrial automation equipment and computing systems has never been pushed along at a faster rate.

While current network technologies are orders of magnitude faster than they were even a decade ago, the desire to add wireless technologies into industrial environments is opening up new problems that have to be solved, not least of which are their application in an interference-rich environment and issues of cybersecurity.

You may have heard or read in recent times about the new kid on the block: Li-Fi (Light Fidelity). There has been a great deal of buzz about it since it was first demonstrated in 2011, transmitting data using a normal (if slightly modified) LED light bulb. LEDs have a unique ability that goes beyond their use as energy-efficient lighting devices. They can be switched on and off within nanoseconds, which makes them superfast transmitters of binary data. This flickering occurs faster than the eye can see, so even LEDs used for room lighting can be used to transmit data. Some are now saying that this has the potential to be a key enabler in the quest for Industry 4.0, since the potential bandwidth is so much greater than Wi-Fi.

However, we need to place it in the context of industrial control networks as a whole.

Wired analog signals have traditionally been the norm for sensing and actuation in process plants, and, while digital fieldbus technologies have been supported by major automation vendors for many years now, they have not really made the expected market penetration. In plants where the analog 4–20 mA signal is king, even newer technologies such as Industrial Ethernet have stood even less of a chance, due to the high cost of rewiring a plant. The “if it ain’t broke, don’t fix it” mantra is fine for existing plant operations, but not in keeping with the newer demands of IT/OT integration. In factory automation, on the other hand, digital fieldbuses and Industrial Ethernet have been much more successful due to the need for more precise control at greater speed. IT/OT integration is therefore more readily achieved in a factory automation environment because technologies already exist that have the potential to provide for the additional data required.

The introduction of wireless technologies has helped to alleviate the problem of upgrading wiring in order to extending monitoring and control to non-process critical functions, such as condition and energy monitoring. Wireless instrumentation standards such as WirelessHART and ISA100.11a have made it possible for process plants to implement additional functionality without the expense of upgrading cabling or implementing fibre optics, while the well-known and ubiquitous Wi-Fi technologies have been expanding to the plant and factory floor to provide higher-bandwidth communication for modern technologies and tools such as smartphones and tablets, improving technician efficiency and safety.

Wireless instrumentation networks such as WirelessHART are based on a self-healing, low-power mesh technology and as such can be extended out across a process plant relatively securely and without significant additional infrastructure other than gateway nodes that connect to the wired network. Being low power and having high standards of cybersecurity protection built-in means that they are inherently more difficult for those with malicious intent to penetrate. Wi-Fi, on the other hand — being higher power and higher bandwidth — presents certain inherent features that must be well understood:

Li-Fi: the wireless technology of the future?

The idea of information transmission through the air using light is technically not a new invention. In 1880, Alexander Graham Bell actually invented what he called a ‘photophone’, which he believed was more significant an invention than the telephone. With this invention he was able to use a mirror to transmit the vibrations caused by speech over a beam of sunlight for a distance of 213 m. Vibrations on the mirror were effectively modulating the light beam.1

In recent years there has been considerable success in the development and testing of commercial Li-Fi systems, although it is still early days. The interest in Li-Fi to a great extent has been spurred on by two developments:

The visible light spectrum, from around 400 nm to 700 nm, has a huge unregulated bandwidth capacity more than 10,000 times larger than the microwave spectrum used by Wi-Fi and cellular technologies.

Bell aside, modern Li-Fi — or visible light communication (VLC) — was invented by Harald Haas from the University of Edinburgh and presented in a TED talk in 20113, when he demonstrated for the first time that by flickering the light from a single LED, he could transmit far more data than a cellular tower. Then in 2015, researchers at the University of Oxford achieved a bidirectional speed of 224 Gbps.4 Early commercial trials in office environments in Tallinn, Estonia have achieved transmission speeds of 1 Gbps — 100 times faster than average office Wi-Fi speeds. It is also rumoured that Apple is already designing Li-Fi capabilities into future generations of its smartphones and tablets.

According to Haas: “All we need to do is fit a small microchip to every potential illumination device and this would then combine two basic functionalities: illumination and wireless data transmission… In the future we will not only have 14 billion light bulbs, we may have 14 billion Li-Fis deployed worldwide for a cleaner, greener and even brighter future.”

So what does this mean for industrial environments?

Like all technologies, Li-Fi has its benefits and its drawbacks. But sometimes, what may seem a drawback in one situation could be a benefit in another.

Firstly, unlike Wi-Fi, Li-Fi cannot penetrate walls. It can therefore only be accessed by devices in direct line of sight of the light source that is being used as an access point.

This could be seen as a disadvantage where mobile devices are roaming between rooms or visibly separated areas, and may disconnect temporarily. It has been shown, however, that existing Li-Fi technology can still achieve a speed a speed of up to 75 MBps when reflected around a corner using a mirror.

The obvious advantage of Li-Fi’s inability to pass through walls is the security benefit. A Li-Fi network set up on a plant floor cannot ‘leak’ outside and is therefore impervious to outside hackers.

Being based on light, Li-Fi is immune to interference from network signals from machinery or devices in adjacent rooms. And, of course, it is completely impervious to EMI from large electrical machines.

This is the biggest single drawback for Li-Fi. There is limited scope at the moment for deployment outdoors due to one very large interference source: the sun. I would expect, however, that through clever coding techniques it may be possible to reduce the effect of solar interference in some scenarios by increasing its effective signal-to-noise ratio (SNR), perhaps with some reduction in available bandwidth.

Good lighting is important in any factory environment, and modern LED lighting is supplanting older lighting technologies due to its greater energy efficiency as manufacturers try to minimise energy costs.

If the LED lighting also acts as a uniformly distributed wireless Li-Fi access point, its greater bandwidth than Wi-Fi offers the potential for new applications, such as Full HD video connections between control room and technician and other streaming video functions, as well as direct online access to data and information at gigabit speeds.

The ability to transmit ever larger amounts of IIoT data from sensors without additional wiring — interference-free and securely — is also a potential advantage that leads us back to our Industry 4.0 agenda.

Li-Fi technology could be used not only for room-wide or plant-wide data transmission, but also point-to-point between moving machines such as robots or automatic guided vehicles (AGVs). Large amounts of control and sensor data can be transmitted between, say, the end effector of a moving robot and another robot or robot controller without the need for data cabling — and at greater speeds.

What about hazardous areas?

The obvious answer to this is yes! There are great advantages. Since many hazardous areas are outdoors, there is still the issue of solar interference; however, for short-range communication, such as between a field device and a device calibrator or other data recording device, Li-Fi is a method of communication that could significantly increase data communication speeds while being completely safe in environments where an explosion hazard exists.

If the solar interference issue is overcome, then gone will be the days of worrying about energy levels in hazardous areas placing limitations on communication power. Under such circumstances, Li-Fi could potentially bring the speed and power of high-speed data communications to hazardous areas in process plants, permitting the advantages described above for indoor factory scenarios.

It will be some years before Li-Fi is a serious contender for use in industrial environments. But watch this space. Like all technologies, it will start small, with limited application, but the current accelerating pace of technological development that we are seeing today may mean that we will see Li-Fi systems in our factories and process plants sooner than we may expect. It is also expected that it will be more likely that we will see radio-based and light-based systems coexisting in hybrid systems combining the benefits of both.

Architecting the edge for performance and reliability

For most OT professionals long responsible for edge-based computing systems in their...

The idea of network convergence sets the stage for interactions between IT and OT network...

Over the years, technology has improved in the routing and terminating of I/O, increasing...