Industry 4.0 in the mining sector 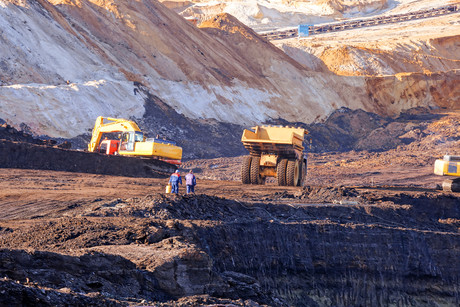 The mining industry is under pressure. When commodity prices were high it was largely a matter of trying to get product out of the ground as quickly as possible. Now they have had to shift their focus to improving the productivity of existing operations. However, and despite the fact that the boom and bust cycle of mining has been the same for decades, productivity has not improved. Analysis by McKinsey & Co shows global mining productivity has actually declined 3.5% per year over the decade from 2004–2013.

The stresses and strains placed on mining equipment result in frequent breakdowns. Operators have to be transported to site then moved underground or to the rock face, and this consumes valuable time. Digital technologies have the power to unlock new ways of managing this variability through the large-scale adoption of modern technologies.

The embedding of sensors in machinery to collect data and enable communications between machines is increasingly affordable and accessible. Mining companies already produce vast amounts of data, and extracting relevant data about machinery, processes and ore bodies is now more important than ever before.

Complex mining tasks such as geomodelling, day-to-day scheduling and predictive maintenance are increasingly handled by smart analytics software packages, while smartphones and other handheld devices have transformed the way that workers interact — not only with each other but with machines. Work clothing can also incorporate sensors that transmit employee locations and trigger warnings about hazardous situations, improving safety outcomes.

Advances in robotics and sensor technology are also now making guided equipment much more affordable and effective. The use of tele-remote, assisted control and fully autonomous equipment is becoming increasingly widespread in the mining industry.

These technologies will enable a fundamental shift in the way we mine. There will be reduced variability in decision-making and more centralised automated operations that reduce variability in execution.

Through a better understanding of the resource base — knowing exactly what is in the ground and where — and integrating geological information into one universal database enables operators to optimise drill and blasting operations, creates better mine plans and helps avoid resource quality issues. Deploying remote-controlled machinery such as UAVs or underground vehicles with laser scanning technologies can cause a step change in productivity, and the 3D modelling data provided by these robots can inform engineers in remote locations and avoid the dangers of sending geologists to just-blasted mine faces.

Real-time data and better analysis tools also make possible improved scheduling and processing decisions, while fitting smart sensors to equipment facilitates the prediction of failure of components. But possibly the biggest benefit of real-time data is knowing the state and location of every piece of equipment at any time, making possible sophisticated decision-making in real time that takes into account the whole operation and not just localised operational silos.

Much of the value creation in mining has already shifted from how well companies move material to how well they collect and act on information to move material more efficiently. But much remains to be done. In the fullness of time, mining will evolve towards an industry where knowledge will be used to solve the same problems as today through different means. Mining companies that recognise this and adopt new technologies and ways of thinking now will be prepared for tomorrow.

Sean Carter is a 27-year veteran of the Australian electrical industry and has served in a number of roles as diverse as applications engineering and design, through to sales and marketing. After a spell managing the Victorian manufacturing facility of an Adelaide-based company, Sean is now a product manager with SICK Pty Ltd (Australia/New Zealand) and currently manages their identification and measurement devices.

Operational data is the foundation of industrial digital transformation.

The mining and metals industries are embracing digital transformation, including IIoT technology...

Understanding the application's communication requirements is key to understanding which...