Sawyer robot returns, while Rethink Robotics gets a new CEO 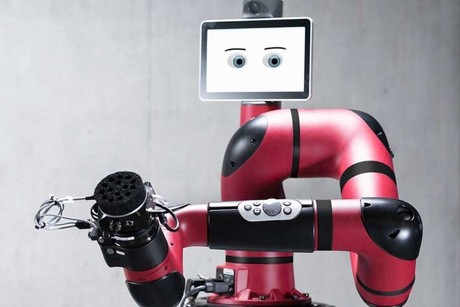 Rethink Robotics is back — with a new Sawyer.

After announcing its shutdown in October 2018, the assets of the company were acquired by German automation firm HAHN Group. This week the relaunched Rethink Robotics GmbH announced that it has updated the Sawyer collaborative robot, releasing the Sawyer Black Edition.

The company also named Daniel Bunse as its new CEO, taking over from interim CEO Philipp Unterhalt, who will focus on serving as Managing Director of HAHN Group.

Bunse is a certified engineer in mechatronics with a focus on production and automation. In 2008, he founded RuhrBotics GmbH, which offers programming, simulation, image processing and consulting for robot work cells. He has advised the standardisation departments of original equipment manufacturers (OEMs) about industrial automation, and he has been a guest lecturer at the Bochum University of Applied Sciences. He has also worked with Fraunhofer Institute for Manufacturing Engineering and Automation (IPA), the non-profit FZI and Karlsruhe Institute of Technology (KIT) on developing robotics for various industries.

“The competence of Daniel Bunse in the market for automation and robotics solutions is outstanding,” Unterhalt said. “His expertise and experience as a founder make an important contribution for our agile and fast-growing company.”

In launching the new Sawyer, Rethink Robotics GmbH has addressed some of Sawyer’s design challenges. Sawyer Black Edition is said to include higher-quality components, making it more reliable, more durable and quieter, said the company.

The previous version of the Sawyer cobot was relatively safe and popular among academic researchers, but it had difficulty in the industrial market. The quieter Sawyer Black Edition should be easier for people to work alongside, helping with the cobot’s acceptance and adoption, claimed Rethink Robotics. 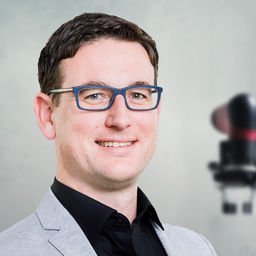 Sawyer Black Edition has the same maximum reach of 1260 mm, a payload of 4 kg and seven degrees of freedom as its predecessor. Its first three joints have the same range of 350 degrees, with joints 4 and 5 limited to 340 degrees. Joint 6 still has 540 degrees of freedom.

The updated cobot is slightly faster, with a typical tool speed of 1.5 m/s, compared with 1 m/s. The I/O for end-of-arm tooling is four digital in, two digital out and two analog in, but now requires a Click Smart plate for quick gripper changes. The I/O for power remains 24 V, 2 A.

In addition, Sawyer Black Edition complies with the ISO 10218-1:2011 standard for industrial robot safety, but operators should still conduct a safety assessment of the cobot’s end effector, workspace and payload.