Remote space and robotics operations complex to be located in Perth 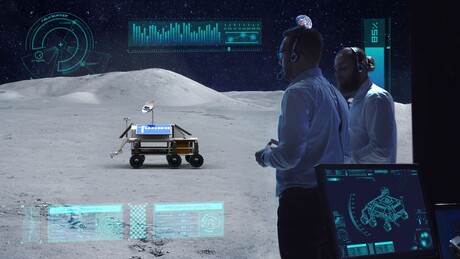 Fugro has confirmed the Australian Space Automation, Artificial Intelligence and Robotics Control Complex (SpAARC) announced in 2020 will be located in the heart of downtown Perth’s central business district (CBD). Housed in Western Australia’s (WA’s) largest telecommunications exchange, and thanks to an ongoing partnership with Telstra, Fugro’s facility will manage robotics and remote operations in Australia, around the world and in space. SpAARC will support the translation of terrestrial capabilities into space, while also providing innovative remote solutions here on Earth.

The Australian Government committed $4.5 million to the development of SpAARC as part of the Australian Space Agency’s mission to triple the size of the local sector by 2030 to AU$12 billion and create 20,000 new jobs.

“The remote operation of autonomous and robotic systems in space is a huge area of opportunity for Australian industry and SpAARC will be critical to us realising that opportunity,” he said.

“SpAARC will help deliver the Agency’s vision for Australia to build, operate and maintain the infrastructure and assets which will support the sustainable presence of humans in space.”

The initiative also received funding of $3.5 million from the WA Government. The new complex will support local job creation, research and innovation, and the development of a WA space industry ecosystem.

Fugro’s SpAARC Director, Samuel Forbes, said: “Fugro SpAARC is a major contribution to Australia’s journey to become a world leader in the space industry and diversify the Australian economy. The new facility is an impressive building that provides a base-level operational capability that will underpin our ability to support Australia’s most important space missions.”

SpAARC is expected to be fully operational in late 2022.