Fugro partners with Nexxis to operate robots via satellite 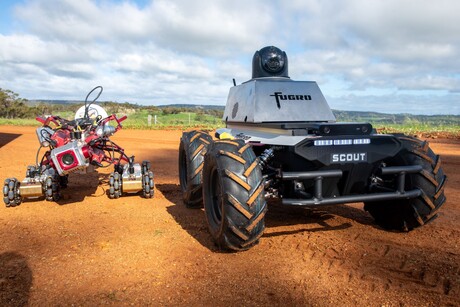 In partnership with Nexxis, a remote visual inspection, non-destructive testing and robotics company, Fugro has demonstrated how its remote operations capability can be applied to space through satellite-controlled robots. The demonstration took place at SpAARC, the Space Automation Artificial Intelligence and Robotics Control Complex, in Western Australia.

The Australian Space Agency commissioned Fugro to design, build and operate the SpAARC complex in 2020. SpAARC’s engineers have since created a robotic ecosystem that aims to control and monitor a range of robotic systems, from subsea and land-based inspection robots to drones and satellites in space. By partnering with Nexxis, the company was able to demonstrate the operation of a third-party robot over a secure geostationary satellite network.

Having integrated the Nexxis robot into the SpAARC robotics ecosystem, the engineers controlled it — as well as a SpAARC robot — from Fugro’s remote operations centre located more than 100 km away. Video feeds from the assets were transmitted in near real time over the satellite network, showing both robots and the drone working collaboratively to navigate and map rough terrain similar to that found on Mars.

“This demonstration has many parallels to controlling a robot in space because of the high latency of the network,” said Samuel Forbes, Fugro’s Manager of Remote Systems Technology. “SpAARC will continue to develop this remote operations capability and support many exciting new space robotic projects in the near future.”