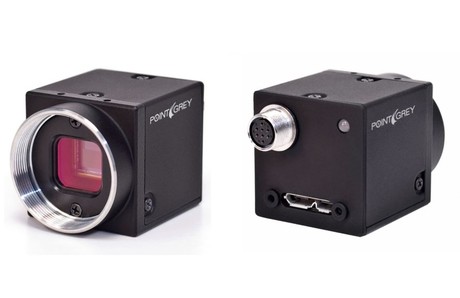 Independent tech market advisory company ABI Research (ABI) has analysed and ranked 12 international industrial machine vision vendors and ranked German company Basler as the number one industrial machine vision camera vendor, scoring highest in innovation and topping seven of the eight ranking criteria. Basler was closely followed by Cognex and FLIR Systems in the overall rankings, taking the second and third spots, respectively. ABI says all three vendors exhibit strong market recognition and reputation, focus heavily on ease of use and deployment, and are very innovative and future-looking compared to their competitors.

Machine vision is the foundation that underpins many emerging technologies, such as robotics, AI and smart glasses, and is estimated to reach a near 100 million installed base in 2025. In the early days, industrial machine vision relied on rule-based programming that involved a lot of human expertise. Recently, the emergence of deep learning (DL) technology has propelled the automation of such processes. DL models manage to pick up trends and abnormalities in large image and video sets, under a low level of human involvement.

“The machine vision landscape has gone through multiple iterations, and the top three players have demonstrated their strength in keeping up with the technology evolution,” said Lian Jye Su, a principal analyst at ABI Research. “Basler and Cognex have managed to offer end-to-end machine vision capabilities to their clients through the acquisition of key companies such as mycable and Silicon Software by Basler and ViDi Systems and SUALABS by Cognex. FLIR Systems, on the other hand, develops a family of user-friendly and powerful DL-based hardware and software, which allows for more flexible and customisable implementation depending on user needs.”

Another interesting development is the rise of independent machine vision cameras with built-in edge AI processors. The conventional machine vision system has a more centralised processing architecture based on industrial PCs.

“As the use cases for machine vision expand into mobile devices and surveillance systems, a new generation of machine vision systems are designed to work as a standalone system, supported by onboard storage for AI-based machine vision models,” added Su. “This has led to the emergence of an AI solution that can auto-generate images and perform self-learning without the need of large amounts of user data, as in the case of start-up Laon People.”

The RoboSense RS-LiDAR-M1 is a compact MEMS LiDAR sensor that incorporates sensor hardware and AI...