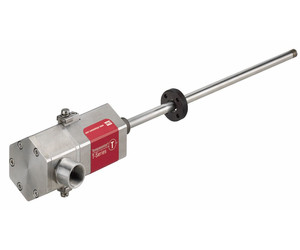 MTS Sensors has announced that the output range of the Temposonics T-Series has been extended by adding an SSI output. The sensors now also conform to the NEC standards 500, 505 and 506, as well as CEC, ATEX, IECEx.

The SSI output allows for greater functionality. It has the advantage that in addition to position data down to 0.5 µm accuracy, digital information can be transmitted that provides status information during operation and, in case of a failure, comprehensive diagnosis data.

The magnetostrictive linear position sensors of the T-Series have been developed for use in hazardous working environments, such as those that expose the sensor to flames or corrosive substances. The growing demand for sensor solutions which meet the requirements for explosion protection and functional safety are typically sought after by engineers in the power generation, oil processing and chemical processing industries.

The Temposonics technology developed by MTS provides an accurate non-contact method for measuring position. Based on this technology, Temposonics sensors are highly resilient to vibrations, shock and extreme pressure. Since these sensors are not reliant on moving parts, they have prolonged operational lifespans, with little or no maintenance required, and they can be mounted within even the most space-constrained surroundings.

The 3G3MX2 series multifunction inverter supports both induction and permanent magnet motors, and...

I am interested in MTS Sensors Temposonics T-Series magnetostrictive sensors with SSI output .

Complete the form and a supplier representative will be in touch. 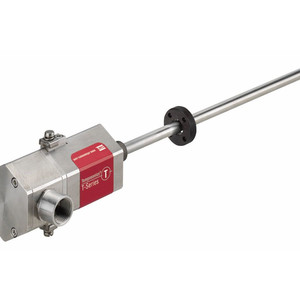