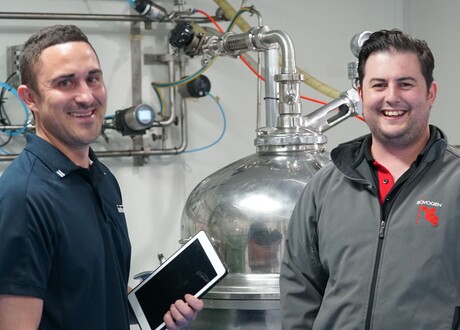 Established in 2001 in Melbourne, Bovogen Biologicals commenced manufacturing bovine serum albumin (BSA) on a commercial scale in 2003. In addition to manufacturing high-quality BSA and other novel proteins, Bovogen has grown to become a major supplier of sterile filtered specialty animal serums.

An acquisition by ANZCO Foods (New Zealand) in 2016 created new opportunities for Bovogen. It enabled the company access to large volumes and consistent supply of high-quality controlled and tested raw materials (serum and plasma), coupled with vertically integrated real-time traceability of materials.

BSA is the major protein species found in bovine blood plasma and has applications in life science disciplines such as cell culture, in vitro diagnostics, human and veterinary pharmaceutical manufacture, vaccine development, viral transfer medium, molecular biology, serology and general research. The largest-selling protein manufactured by Bovogen is its premium BSA, Bovostar, which is used worldwide for these areas of science.

Central to the production of BSA is the separation of the blood plasma using centrifuges. Centrifugation is a process used to separate the particles or the concentrated material, such as the cell, subcellular organelle, viruses and large molecules (including proteins and nucleic acids), to obtain pure samples of the entire particle or material. Bovogen uses two centrifuges to separate the plasma, with one fraction then processed further to purify the protein.

In 2018, Bürkert supplied and commissioned a control system with PID loop control to manage the inlet flow to the centrifuges. The application included a standalone PLC/HMI control system for two centrifuges, including hygienic modulating Bürkert 2380 bellow control valves with ELEMENT 8693 process controllers in conjunction with 8056 sanitary magnetic flowmeters for closed-loop process control.

The 2/2-way 2380 bellow control valve is a pneumatically operated process valve with a single-acting diaphragm actuator. A PTFE bellow ensures the separation between medium and actuator, and the design of the media space allows the valve to be used under hygienic or aggressive conditions. The compact, lightweight and CIP/SIPcapable valve is useful for demanding control tasks with low-flow rates, for which diaphragm valves are not suitable.

This initial control system was built to improve the monitoring and control over process flow rates and speed of production in support of Bovogen seeking improvements in yield.

“There has been an ever-increasing demand for high-quality proteins to support the sciences they are used for,” said Matthew Bartlett, General Manager at Bovogen. “Bürkert’s support and devices were key to improving the Bovogen centrifuge application process — with the right equipment and smart automation controls — enabling ongoing production while ensuring a consistently high quality of product.”

In order to limit the likelihood of backpressure leaks, Bovogen operators had to continually monitor the pressure and adjust the outlet valve. Leakage has been known to cause product loss of around 6 – 8%.

In 2021, Bürkert was engaged to provide automation of the outlet flow rate, so that the manual intervention of operators would not be necessary to prevent product leakage. Adding control of the outlet pressure and flow, synchronised with inlet flow variations, allows the overall pressure of the system to be regulated, eliminating leaks.

The application of automated control over both inlet and outlet flow rate has successfully achieved Bovogen’s objective of reducing protein loss and increasing batch yield of BSA.

“The backpressure system is working flawlessly and my team is very pleased with the result,” said Rowan Whittaker, Production Manager.

As a result of the new closed-loop centrifuge flow control, Bovogen is now successfully reducing waste, while improving production efficiency and yield.

Image: Bill Vanderaa of Bürkert and Rowan Whittaker of Bovogen.

The MiR1350 offers a high payload of up to 1350 kg for transportation of heavy items.

The CPE 200 controllers are designed to deliver large PLC capability in a small, cost-effective,...

ICP Australia has introduced the ICP DAS XP-9371-WES7, a 3-slot metal standard PAC with an Intel...