How zoomorphism can teach us to make better robots 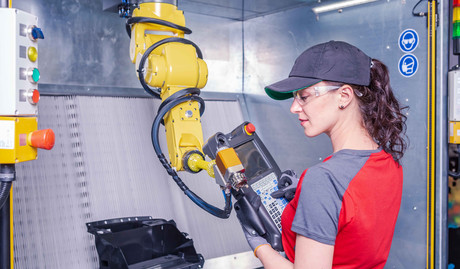 People were touched when the groundbreaking BBC documentary, Spy in the Wild, broadcast a group of Indian langur monkeys mourning the apparent death of a baby robot monkey that they had accepted into their group. The robot monkey was filming the goings-on of the group when it fell from a height and was taken out of action. As it lay still, a hush spread through the group and, one by one, the monkeys began to hug and console each other in a show of grief.

This is a touching story that helped scientists learn about group behaviour in a new and novel way, and it also demonstrates how engineers can create a robot so natural in its movements and mannerisms that a group of relatively intelligent animals could not tell it apart from their own.

While humans are yet to overcome the same uncanny valley for human androids, there is a lot we can learn from the development of robots that exhibit animal characteristics. Three areas that are particularly interesting are grippers, limbs and artificial intelligence software.

One of the biggest barriers to the adoption of industrial robots in picking and packing lines has been the use of adequate grippers that can pick objects of varying size, shape and weight quickly and accurately without damaging or deforming the product. This is especially important in the food and beverage sector, such as supermarket fulfilment centres, where soft hand-like grippers with fingers covered in tiny suckers are used to pick and pack items of food such as heads of lettuce without damaging the product.

At the same time, the grippers must be durable enough to handle glass bottles and heavier metal cans of soup continuously.

Although there is a tendency to create robots after our own image, why create robots with human limitations? Modelling the limb movements of robots after those of arthropods, insects and four-legged mammals, such as dogs and cheetahs, offers engineers the ability to create robots that can traverse rough terrain quickly and efficiently, recovering more easily from falls and setbacks.

While this is particularly useful for military applications, it also offers opportunities for industrial use in factories and plants where such robots could provide use in a more diverse range of applications, replacing the need for single-use robots such as automated guided vehicles (AGVs), cranes and forklifts.

Creating hardware that is capable of mimicking animal movements is only half the battle. Creating the software and algorithms that can mimic the subtle nuances of human and animal interaction is another.

Michael Mendelson, a curriculum developer at the NVIDIA Deep Learning Institute, was quoted in Autodesk's Redshift publication explaining that, "Without flexible algorithms, computers can only do what we tell them. Many tasks, especially those involving perception, can't be translated into rule-based instructions. In a manufacturing context, some of the more immediately interesting applications will involve perception."

Although high-resolution machine vision optical sensors exist already, making sense of the high volumes of data in fractions of a second will continue to improve areas such as quality control. Imagine a robot capable of seeing microscopic defects in a circuit board or a collaborative robot (cobot) that can stop an accident when working alongside a human being, by catching a falling object or swerving to avoid a collision without having to bring the factory to a halt.

There are already companies leading the way in zoomorphism-based research and development. Companies such as German automation giant Festo and US robotics expert Boston Dynamics are already pushing the boundaries of what robots can do, having developed examples of birds, sea creatures and mammals in robot form.

By learning the right lessons and embracing what the natural world offers, engineers can go beyond the ordinary and create robots that illicit a truly emotional response.