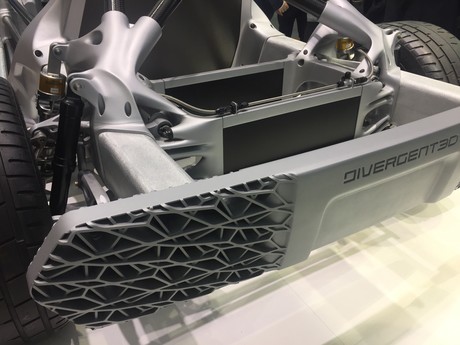 The uptake of 3D metal printing will have a profound impact on manufacturing in the future.

Both processes offer advantages in differing situations. For example, DED is often a preferred process for adding functions and shapes to already manufactured parts, small to very large. Here a coaxial nozzle conveys the laser beam, powdered metal and inert gas to direct the deposit of metal. The process of ‘building’ is layer-by-layer similar to PBF. PBF occurs within ‘build chambers’, with the size or number of parts limited by the size of the chamber. However, this controlled environment has seen exceptional advances over recent years with the introduction of overlapping and multibeam technology using high-powered lasers to increase machine functionality, as well as effectively speeding up the build process.

The contribution of R&D

The development of AM metal processing, or 3D printing as it is popularly known, has grown out of research and collaboration in universities, national laboratories and industrial research centres. Such dependence on research and development offers a unique pathway to bringing about change in modern manufacturing processes. Progress can be measured in R&D output, or case studies, that has stemmed from collaborative research between partners in small businesses and PBF machine manufacturers.

The need for standards

Such is the growth of 3D metal printing and the demand for reliable parts — particularly in the aerospace industry — that the development of standards for production has been flagged as a critical area to address. For an emerging, highly technical sector, AM standards will provide the foundational element for the growth of the industry, defining the rules and providing benchmarks for best practice.

One area requiring technical standards relates to the powder melting process (called ‘fusion’) that occurs in the layer-by-layer build process, to ensure it reaches absolute consistency and reliability essential for structural integrity — particularly in large titanium parts such as those being developed for aircraft.

The automotive industry seems to be heading towards solutions for large-volume parts production, so ‘best practice’ standards will help quality over long production runs that in turn will speed up automotive production times.

Clearly, AM is no longer just for prototyping. Fuelled by the growth of multilaser machines, AM has emerged as a catalyst in reshaping the manufacturing business where development is happening at speeds so fast that standards already struggle to keep up. But standardisation is essential to the industry’s success, at least in reducing the trial and error of implementing the technology, reducing the costs of innovation and in turn securing investment.

The current expansion of 3D metal processes exists in two major industries: the automotive industry and the aviation/aerospace industry. The reason for early uptake in these industries lies in the opportunity to reduce production costs by combining several functions into one part, thereby removing the joining process — but more importantly, to improve product functionality by adding, for example, curved cooling channels on critical heat-bearing car parts, which was never before possible. 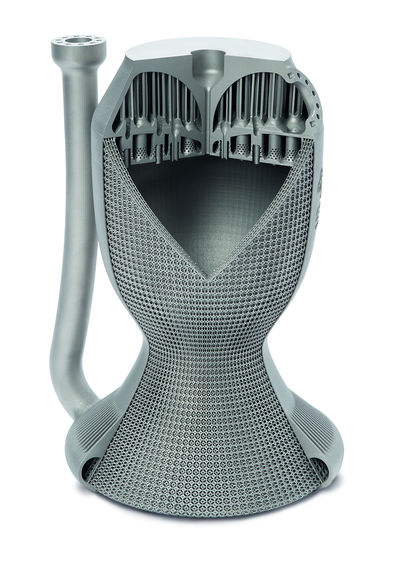 The critical factor of weight

Different types of metals in powder form can be used to create parts. For example, titanium has proven very attractive to both aviation and aerospace as titanium parts reduce weight, which in turn reduces fuel consumption — a huge cost in flying any craft.

The opportunities of redesigning functionality by combining several parts have also been a huge success, with the most published example of the fuel nozzle developed by GE that combined some 19 different pieces into a single, highly functional and cost-effective item now in use in commercial aircraft. It is not well known, but the first 3D printed component ‘took off’ in 2014, being a small titanium part under the pylon connecting the jet engines to the wings of an Airbus A350. Since then the number of parts has increased, with a Boeing 747 already utilising six million 3D printed parts.

3D printing technology provides airline companies with entirely new benefits and opportunities, such as the manufacturing of complex components that would not be possible with conventional production methods. It also offers great potential to reduce the cost and weight of aircraft structures. Further, the lower weight means lower fuel consumption, which makes the commercial flights more environmentally friendly and more affordable for passengers.

The material requirements for aerospace are very high, due to the safety-critical nature of parts that must meet standards and performance specifications and be easily replaced after their ‘flight life’. A number of aircraft parts manufacturers across Europe and the US are moving into 3D metal part production. So too is the space industry, with a British company in Manchester, Orbex, which launches small satellites, producing the world’s largest single-piece 3D printed rocket engine. The engine is claimed to be some 30% lighter and 20% more efficient than any other launch vehicle in its class.

An example is shown in Figure 1, which shows the monolithic thrust chamber of the CellCore rocket engine. The highly complex part shows the advantages and possibilities of AM — it combines integral design (the combination of the numerous individual components into one component) with multifunctional lightweight construction.

Impact on the automotive industry

Racing to take up the opportunities offered in 3D metal printing, the automotive industry represents the largest opportunity globally, with a product value forecast for 2030 of US$148 billion in additive manufacturing. As recent as March 2019, German interests came together to form the Industrialization and Digitization of Manufacturing (IDAM) group. IDAM includes 12 project partners, universities, research organisations such as Fraunhofer, German businesses and car manufacturers including BMW, who are all very serious about 3D metal series production of car parts. The aim is for series production to result in the highest quality, influenced by extreme cost pressures. The additive manufacturing goal is at least 50,000 serial parts produced per year in Germany. The project covers two AM production lines in Bonn and Munich, which include the total process from digital design to the physical process of component manufacture all the way to post-processing.

Development of a series-ready modular production facility for metal 3D printing will establish much-needed standards that are going to be required if forecast production is to be reached.

The thinking around automotive products revolves around safety — in concepts such as driverless cars and environmental issues through the reduction of vehicle dependence on petrol. Kevin Czinger, founder of Divergent, is concerned with sustainability through the production of the Divergent Blade, a two-door sports car. The evolution of building a chassis with 3D metal printing systems with a laser company partner led to developing specific hardware and software to accelerate the scaling of the patented Divergent Manufacturing Platform for cost-effective, high-volume production of vehicles (title image).

In early 2018 the world’s largest single 3D printed break caliper was made for the $3 million Bugatti Chiron, the fastest production car in the world. Using an SLM500 system featuring four 400 W lasers with a 500 x 280 x 365 mm build chamber, the component was manufactured with an aerospace alloy, Ti6Al4V, taking 45 hours to make. Not only was the finished caliper (Figure 2) much lighter in weight than the previous aluminium part, but once removed from the build chamber it was ready to be installed, removing the costs of part joining and finishing. 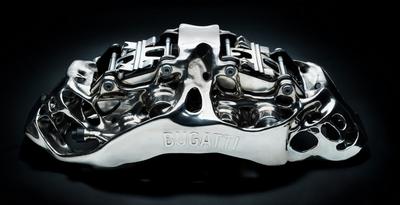 Figure 2: This part for the Bugatti Chiron is the world’s largest 3D printed brake caliper.

Just how 3D printing will affect manufacturing in the future is yet to be explored, but the airline and aerospace industries along with the car industry are moving forward very quickly. The uptake of 3D metal printing in these industries alone will have profound impact on manufacturing in the future, as lessons learned will pave the way for early adopters in other industry groups. 3D printing machines will become more cost-effective as demand grows and software will provide solutions from design to post-processing, with 3D production becoming as familiar as CNC machining on the manufacturing floor.

Clearly, as production process grows, traditional methods for part supply will be impacted, large inventory holdings becoming a thing of the past as parts on demand will surface, changing supply and logistics as it grows. Thanks to the research institutes and pioneering partners in 3D metal printing, the future of part production across a range of industry groups is looking very bright indeed.