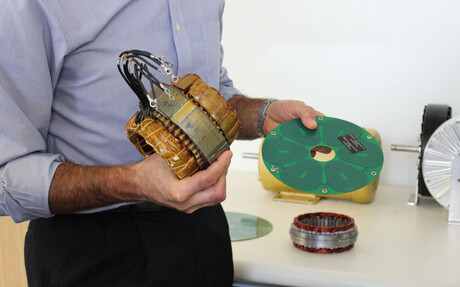 By now hopefully readers have heard about the printed circuit board (PCB) motors being developed by US company Infinitum Electric. The motors, based on utilising a printed circuit stator instead of heavy, bulky and expensive copper windings, enable not only a lighter and more compact design, but the opportunity to include other technology inside the motor itself.

Now the company has announced the launch of its IEx Series motor, an IoT-enabled electric motor that’s a third of the size and weight of conventional motors while delivering high efficiency and IoT capabilities. Infinitum has reached OEM sales agreements with Twin City Fan, Comefri and ACME Fan for the IEx Series motor and the first shipment of motors is scheduled for this month. The company’s first product is an 11 kW (15 hp) motor designed for the HVAC plenum fan market, with the 7.5 and 3.7 kW models being released by the end of 2020. Infinitum has also kick-started research and development efforts in other market segments like oil and gas, aerospace and electric vehicles.

“With the launch of our IEx Series motor, we are delivering a smaller, smarter, quieter, lighter and higher performing motor into the roughly $150 billion yearly electric motor market,” said Ben Schuler, CEO of Infinitum Electric. “After the electric motor has gone virtually untouched for more than 100 years, our product is generating exciting interest in key industries, and we’re honoured to introduce our first product line with three of the industry’s top fan and blower OEMs.”

Infinitum’s 11 kW electric motor can exceed IE5 efficiency, a standard that the industry considers to be the highest efficiency class. In addition, the customisable design of the motor allows for easier production and greater optimisation than any other electric motor, resulting in reduced lead times, up to 25% lower costs, up to 60% lighter weight, higher durability and enhanced IoT connectivity.

“Demand for high-efficiency motors is on the rise, and an innovative product like Infinitum’s PCB-based 15 hp motor gives the market a highly competitive offering,” said Ivan Campos, Manufacturing Technology Research Analyst with IHS Markit technology research, now part of Informa Tech. “The level of efficiency based on the size and weight of Infinitum’s 15 hp motor coupled with its IoT capabilities could be of great benefit to not only the HVAC industry but for other industries as well.”1 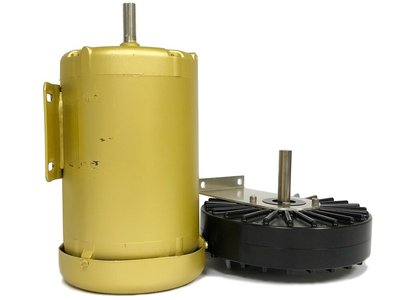 Infinitum’s PCB-based stators with etched copper wiring eliminate the need for traditional motor stators made with twisted copper wiring. This too means that expensive, clunky machinery designed to automate the twisting of the copper wires can be eliminated from the motor manufacturing process and replaced by fully automated PCB manufacturing.

This major shift in the process drastically simplifies motor manufacturing and significantly reduces the cost to make each motor. It also creates an opportunity to more easily build smarter motors with IoT and sensor technology built in.

Power limits yet to be explored

Infinitum Electric’s plan to start out in the HVAC market was explained by Schuler in an interview with InsideEVs in December. 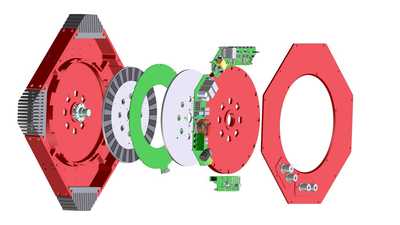 “Our reasoning for starting off in the HVAC market is that it has a rather low barrier to entry. So this allows us to sell 10,000, 20,000, 100,000 and prove to everyone how durable and high-performing our motors actually are. Having that proof case in the HVAC market will open up lots of other avenues, such as oil and gas, or space, whatever it is. The HVAC launch will enable that,” he said.

And for those who think such a motor may be limited in its power, the company has mooted the possibility of 1000 hp (750 kW).

“The 1000 hp limit for his motor is just an arbitrary number to talk about the technology. It can go higher than that. In the oil and gas business, these motors are like 5000 hp. They use huge machines. Most cars would not need more than 300 hp.”

ABB to supply drives and motors for Pilbara magnetite project

From 1 September 2020, IPD will become ABB's preferred distributor in Australia for...

DC motors from maxon to fly on Mars

maxon DC motors are heading to Mars on board NASA's Perseverance rover and also an attached...