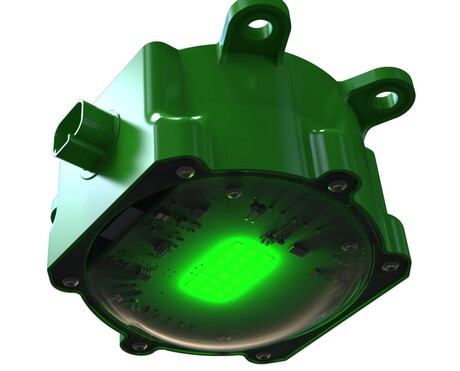 The Firefly Smart Lighting System from Australian company IoT Automation is a software-controlled intelligent lighting system designed to enable safe evacuations and emergency measures in underground mines. The company says the robust, purposeful and intuitive system improves visibility, workflow and, above all, safety in the mine.

As part of the system, tailored cable connection solutions were required and have been supplied by LAPP Australia.

“But LAPP can do much more than just produce and supply cables,” Pullinger said. “When it comes to tailored connection solutions, we have strong capability as a system supplier and development partner. That is why Robin Paine, Managing Director and Co-founder of IoT Automation, called LAPP Australia and asked whether he could purchase the pre-assembled cable harnesses required directly from LAPP in Australia.

“In coordination with our LAPP colleagues in Singapore, we have been able to guarantee that all cables are available in our warehouse in Eastern Creek and that no time-consuming transport times are involved.”

“We were looking for a partner from whom we could order our cable harnesses on a just-in-time basis and without time delays or downtime,” Paine said. “With the cable harnesses from LAPP, we can once again concentrate on our core competencies and ensure that our Firefly Smart lighting system is used even more effectively in the mining industry.”

Each module of the system has a built-in 1.5 Ah 3.7 VDC lithium polymer battery (LiPo), which enables an operating time of three hours. If the connecting cable between the Firefly lamp and the UPS control panel is ever damaged or cut, this is an important safeguard for failures. As the battery level decreases, the intensity of the Firefly light is slowly reduced so that a longer runtime can be achieved.

The 18 high-performance LEDs in the Firefly offer a wide beaming angle of 110–135° while simultaneously providing high power efficiency. This ensures maximum lighting and visibility for the workers. At a distance of 20 m between the Firefly modules, an illumination of over 70 lux can be achieved in a 5 x 5 m mine tunnel.

The Firefly modules are supplied with a voltage of 6–60 VDC and controlled via an RS485 communication bus, both of which are supplied by single four-core instrument cables from the Firefly UPS control panel. This means that the high-intensity Firefly lights can be easily positioned at 20 m-long crossroads along the tunnel.

Each Firefly light is equipped with an 802.11b/g/n Wi-Fi and Bluetooth Low Energy (BLE 5.0) radio device to provide a redundant wireless communication path in the event of damage to the control cable. This function enables every Firefly unit to track and position a Wi-Fi or BLE tag with an accuracy of 20 m. In addition, the Firefly lights can be wirelessly connected to other Bluetooth devices, such as seismic and ground-supported instruments.

IoT Automation is now active worldwide and has subsidiaries in Mongolia and Indonesia, Paine said. “As a specialist for wireless sensor networks, our mission has been to develop and use the best technologies that the mining industry has been waiting for. With the customised connection solutions from LAPP, we have a reliable partner on our side who understands us and continues to support us on our growth course.”

Motion plastics company igus has announced a range of energy chains made of recycled materials...

With a thermal sensitivity of 20 mK or less, the Boson+ is claimed to be the most sensitive...