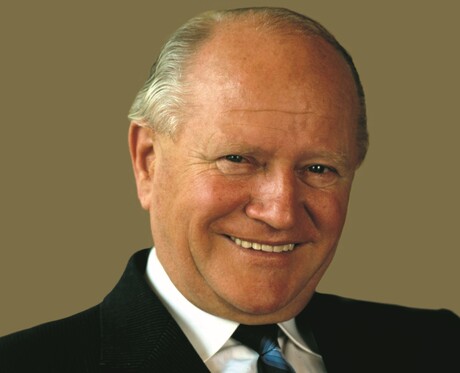 LAPP Australia is celebrating the 100th anniversary of the birth of company founder Oskar Lapp, a technology pioneer whose cables, connectors and automation innovations are helping facilitate automation and Industry 4.0 transformations.

LAPP Australia is one of the latest and highly successful members of the global family of LAPP companies employing more than 4500 people across the world, with 20 production sites, more than 40 sales companies and around 100 international representatives.

The company founder began his lifetime of engineering innovation after escaping as a POW of the former Soviet Union and setting about to reshape the cables and connectivity landscape at a time when the cores of such products were all black or grey and electrical engineers had difficulty assigning the cores to the correct ends when connecting. He invented a flexible cable made of coloured cores: ÖLFLEX was born. It was the first industrially manufactured power and control cable — an invention that revolutionised connection technology.

Oskar Lapp was born on 20 March 1921 in Benshausen in the eastern part of Germany, one of four children from a craftsman’s family. From an early age, he showed an impressive talent for technical things and an inventive spirit. After being a prisoner of war and subsequently fleeing across the ‘green border’ to escape the former Communist GDR, in the mid-1950s, he began a new life with his family in West Germany.

Starting again was tough, as he had left behind everything he owned when he fled to the west. Oskar Lapp initially worked for Harting, where he was responsible for the Southern Germany region, and his innovative ideas also started to attract attention. For example, he developed the first rectangular connector for industry for the company. Thanks to his many meetings with customers, Oskar Lapp knew exactly what users needed.

With ÖLFLEX, Lapp set quality standards that are still applicable all over the world in cable production today. He was even offering ready-made cable harnesses with up to 130 coloured cores. Demand was huge. LAPP was also one of the first suppliers to offer and cut the cable harness length to customer requirements. ÖLFLEX was the right product at the right time and sales grew rapidly. Later, UNITRONIC data transmission systems, HITRONIC fibre-optic cables, SKINTOP screwed cable glands, SILVYN cable protection and guiding systems, EPIC industrial connectors, ETHERLINE data transmission systems and FLEXIMARK marking systems were added.

LAPP Australia General Manager Simon Pullinger said companies of the LAPP group have remained in continuous family ownership with the same spirit of innovation, quality and outstanding service since it was founded in 1959, after Oskar Lapp escaped from East Germany and with his wife Ursula Ida Lapp borrowed 50,000 marks to start a company that began work from their garage. It now turns over more than AU$1.7 billion.

“The outstanding success of the local LAPP company is a strong tribute to the innovation and enduring family values of service, quality and integrity of a great inventor and passionate entrepreneur, who died in 1987 but whose family-owned company is now celebrating 100 years since the birth of its founder on 20 March 1921,” Pullinger said.

As with so many start-ups today, the Lapps’ business began from the garage of their house in Stuttgart-Vaihingen. Oskar Lapp took care of sales while Ursula Ida Lapp looked after the accounts, orders and logistics from home, while taking care of their young children. Ursula Ida Lapp is today Honorary Chairwoman of the company Supervisory Board and present at important events for the company.

Because of his painful experiences as a Soviet prisoner of war, Oskar Lapp was always committed to establishing international business relationships and friendships in the west. He found his first sales partners in Switzerland and Israel back in 1960, and the first international subsidiary in the USA in 1976.

At the same time, he positioned his company as a one-stop shop in connection technology and this principle remains a successful formula to this day.

“Our father led our company to success with hard work and ambition and with a clear view of what is really important,” said Siegbert Lapp, Chairman of the Supervisory Board at LAPP Holding AG. “He exhibited persistence, entrepreneurial spirit and innovation, and these are still part of LAPP’s DNA today.”

“The relevance to Australia of Oskar Lapp’s legacy is profound. His inventions have helped shaped connection technology worldwide and continue to advance today,” Pullinger said. “The establishment of LAPP Australia has given this country direct access to the best technologies relevant to the seismic industrial changes now shaping the world, such as Industry 4.0 and the need to futureproof rapidly evolving industries.

“His family-based legacies of integrity, service and innovation have continued the LAPP success story here,” continued Pullinger, who is delighted to see the LAPP Australia organisation continue to grow since it was established three years ago to bring a new dimension to service for future-focused industries in Australia.

The Lapp family and employees all over the world honoured this great entrepreneurial personality by laying a wreath at the old cemetery in Stuttgart-Vaihingen and by holding various commemorative events.

“Our father is still a major role model today,” said Andreas Lapp, Chairman of the Board of LAPP Holding AG. “The LAPP company would not exist without Oskar Lapp. We continue his life’s work with the deepest gratitude. The fact that the third generation has now taken over the running of LAPP would definitely make him very proud.”

In memory of Oskar Lapp, the founding family set up the Oskar Lapp Foundation in 1992. This provides young scientists with incentives to effectively engage them in cardiovascular research. The Oskar Lapp Research Prize, worth €12,000, is presented annually, while the Oskar Lapp Grant, which provides up to €20,000 for equipment, is awarded every two years.

The existing Australian national distribution agreement with Finnish company KATKO has been...

The company says it will offer cable glands in a lead-free brass version, staying ahead of...