DC motors from maxon to fly on Mars 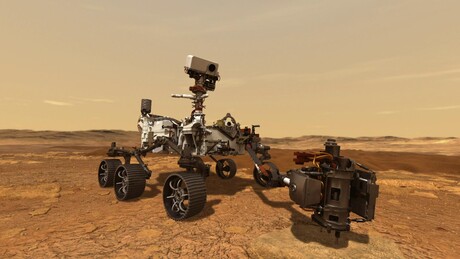 On 30 July or in early August, NASA will be sending its fifth rover to Mars. Its main mission is to collect soil samples that will be brought back to Earth and analysed. The rover will also carry a helicopter that will perform the first flights on the Red Planet. maxon's precision brushed and brushless motors will be used for various mission-critical tasks.

DC motors from maxon have been used in virtually every successful robotic mission to Mars over the last 30 years. There are now more than 100 DC motors on the Red Planet and there are likely to be more soon. The launch window for NASA's next mission opens on 30 July. An Atlas V rocket will launch the new Perseverance rover on its way to Mars, where it will be searching for signs of previous life on the planet. Its most important job is to take multiple soil samples, seal them in containers and deposit them on the surface of Mars so that a future mission can return them to Earth. Several maxon motors are employed to handle the samples inside the rover. For example, DC motors are installed in the robotic arm, which moves the samples from station to station. DC motors are also used to seal and deposit the sample containers.

NASA's Jet Propulsion Laboratory (JPL) is carrying out the mission, and asked maxon to produce 10 DC motor drive systems for the rover. As with almost all previous Mars missions, these DC motors are modified for the highly specialised purpose and based on standard products from maxon's catalogue. For the first time NASA is using brushless DC motors, including nine EC 32 flat motors and one EC 20 flat DC motor in combination with a GP 22 UP planetary gearbox. Working closely with JPL specialists, maxon engineers developed the drives over several years and tested them thoroughly to meet NASA's needs.

"We've learned a lot from this exciting project," said Robin Phillips, Head of maxon's Space Lab. "We now have very broad expertise in space applications and have established quality assurance processes that meet the expectations of the industry. Customers from other industries such as the medical sector, where requirements are often similar, can also benefit from this know-how."

Space missions place the highest demands on DC motor systems. This includes vibrations during the rocket launch, vacuum during the journey, impacts on landing and the harsh conditions on the surface of Mars, where temperatures fluctuate between -125 and +20°C and dust penetrates everywhere.

The Perseverance rover is expected to land on Mars on 18 February 2021. The difference this time is that a drone helicopter called Ingenuity will be attached to the underside of the rover. The solar-powered drone weighs 1.8 kg and will perform several short flights and take aerial images. The main aim of this experiment is to test the concept for further drones of this kind. maxon has six brushed DCX motors with a diameter of 10 mm controlling the tilt of the rotor blades and the direction of flight. The DC motors are very light, dynamic and highly energy efficient. These properties are crucial, because every gram counts on the Mars helicopter. 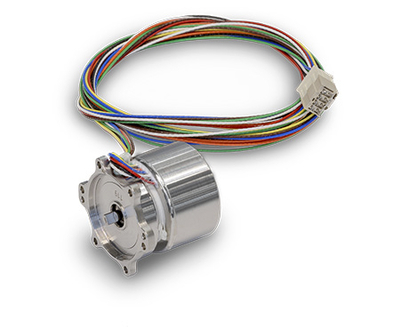 Flying on Mars is not easy. The atmosphere is extremely thin, roughly comparable to the conditions on Earth at an altitude of 30 km. The drone helicopter has flown in a simulated test environment in the JPL laboratory, but whether it will lift off on Mars remains to be seen. First, other obstacles, such as the rocket launch, must be successful.

"We hope that everything goes well and that we'll soon see our drives in action on Mars," said maxon CEO Eugen Elmiger. "We're all keeping our fingers crossed."

ABB to supply drives and motors for Pilbara magnetite project

From 1 September 2020, IPD will become ABB's preferred distributor in Australia for...

Infinitum Electric claims it will forever change the HVAC motor market with its reinvented 11 kW...