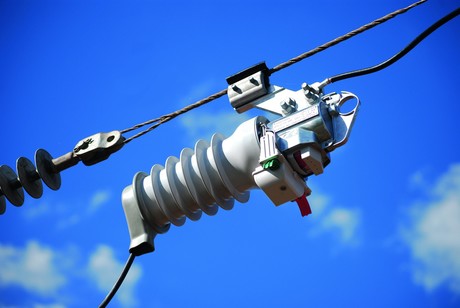 Siemens has received an order from distribution network operator UK Power Networks to equip parts of its overhead-line system with 600 Fusesaver vacuum circuit breakers and 200 remote control units (RCUs). A locally developed Australian innovation, Siemens’ Fusesaver technology is exported to over 20 countries and is helping eliminate 80% of sustained electricity outages on rural networks. The 1.5 million euro UK Power Networks order is the largest outside of Australia for Fusesaver.

“This order is an important milestone in the development of the European market for the Fusesaver,” said Stephan May, CEO of Medium Voltage Systems at Siemens. “UK Power Networks is an important partner for us.” It is the largest order to date for Fusesavers in Europe and the first one from the UK.

The vacuum circuit-breakers will be installed directly on overhead cables to minimise the number of customers affected in the event of a fault. This will minimise installation and maintenance costs while significantly improving supply reliability and grid stability.

“The Fusesaver eliminates the number of maintenance deployments almost entirely,” said Matthew Corbridge, a network development engineer at UK Power Networks. UK Power Networks has an extensive overhead line system in eastern and south-eastern England, and there are a lot of spur lines in this system. “In our continuing efforts to reduce the number of power cuts caused by a range of factors, we needed a cost-effective solution in order to ensure a reliable power supply for customers on the main lines. The Fusesaver meets these requirements with its highly flexible scalability and its easy installation.”

“Fusesaver is the fastest outdoor vacuum circuit breaker on the market and since we developed the technology, it has helped save millions of hours of electricity outages in rural networks worldwide and, in the process, saved costs for providers. We are thrilled with the UK Power Networks order and look forward to helping more power companies increase their efficiency,” said Andrew Theodore, head of Energy Management for Australia and New Zealand.

Distribution grids on the medium-voltage level can be installed both above and below ground. Many countries, such as the United States, Australia and the UK, distribute their medium-voltage electricity using mainly outdoor distribution grids. Siemens developed the Fusesaver vacuum circuit breaker to protect and improve the supply reliability and stability of these networks.

The Fusesaver can be installed in series with existing fuses. If a temporary fault occurs, such as a lightning strike or a tree branch on the line, the vacuum circuit breaker upstream from the fuse opens and protects it from damage. Since a fuse cannot distinguish between temporary and continuous faults, it needlessly interrupts the circuit for a long period of time in 80% of cases. The Fusesaver can also completely replace the fuse, as in the UK Power Networks’ system. Temporary faults thus only lead to very short interruptions of the power supply. To avoid more extensive damage, the Fusesaver interrupts continuous faults until the cause of the fault has been eliminated.

The Fusesaver is equipped with a wireless communication interface, over which the control and measured data can be transmitted to a PC or the control desk. This establishes the prerequisites for a smart grid. The breaker weighs 5.5 kg and is one of the fastest reclosable vacuum circuit breakers on the market. It minimises installation, operating and maintenance costs for outdoor distribution grids while increasing supply reliability and the personal safety of the grid operators.

Industrial cable and plastics manufacturer igus has announced that it has joined the Profibus...

Industrial plastics manufacturer igus has announced that it is now providing a 36-month guarantee...

Treotham has announced a partnership with Netherlands company TKF, to provide its large range of...