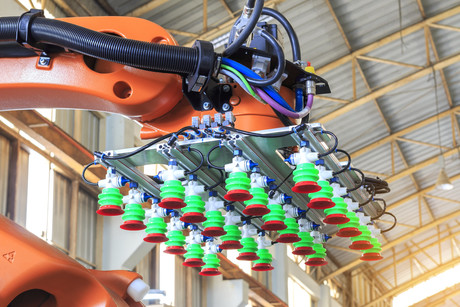 When laying cables and hoses in cable carriers and e-chains, there are a number of common mistakes that are unwittingly made that can have an adverse effect on efficiency and reliability.

To prevent unnecessary downtime, your cable management system must be correctly specified, designed and installed. Simple considerations in the beginning can prevent large problems — such as loss of continuity, insulation damage, mechanical deformation or EMI problems — later on.

Modern cable carriers can withstand longer travels, faster speeds and higher loads than ever before. Such advances in automation technology mean that certain rules of thumb, such as filling only as much as 80% of a cable carrier’s cross-section, have become outdated. For this reason, below is a list of seven common cable management mistakes that you may not know you’re making, as well as how to avoid them.

Interior separators and shelves are crucial for keeping similar cables and hoses compartmentalised. When separation is not used, cables can cross over one another and become tangled.

The clearance height of a compartment with several cables and hoses shouldn’t amount to more than 1.5 times the diameter of the largest cable or hose. Cables with wide differences in diameter should be laid in separate compartments. Cables and hoses with incompatible jackets should also be separated (see point 6 for more on this).

The maximum cable or hose diameter corresponds to the inner height of the selected cable carrier, with additional minimum clearance. We recommend leaving a 10% clearance surrounding electrical cables, and 20% clearance surrounding hydraulic hoses. The faster and more frequently a cable carrier operates, the more important the exact positioning of the cables and hoses inside. For high-speed applications over 50 cm per second, or for high-cycle applications with over 10,000 cycles per year, cables or hoses must not be laid on top of one another without horizontal separation.

Cables and hoses need to be laid inside a cable carrier so that they are able to move freely without exerting tensile forces along the radius. Unevenly distributed weight can result in a cable carrier that is too heavy on one side, which can disrupt movement and cause the carrier to tilt, potentially interfering with the work area.

While it may be hard to leave seemingly available cable carrier space unfilled, overfilling a cable carrier can obstruct free movement. Cables that do not have room to move properly will interfere with the movement of the cable carrier.

Additionally, if cables become caught on one another and bind, jacket abrasion can be significantly increased. There is also a greater chance of electromagnetic interference when power and data cables are positioned close together. As a rule, we recommend you space all power and data cables as far apart as possible in order to best prevent EMI.

Without the proper strain relief, there is no way to control the length of the cable inside the carrier. As the cable carrier moves back and forth, the cable will pull into the carrier and bunch up, causing premature system failure. Points outside the carrier, such as connectors or end termination points, will also absorb all mechanical forces.

Figure 1: Strain relief on both ends of a cable carrier, resulting in the cable resting in the neutral axis.

5. Not installing cables along the neutral axis

Correctly strain relieved cables will position in the neutral axis of a cable carrier. The cables should not be pulled tight against the inner radius or pushed against the outer radius.

Strain relief should be properly installed, then tested in both the extended and the home position.

6. Dissimilar jacket types placed next to each other

If the outer jacket of cables/hoses have different coefficients of friction and rub against one another, the harder, more resilient material will gradually wear down the softer jacket, leading to failure.

If the cable carrier’s length is miscalculated, then the full range of movement could be compromised. Pulled or stretched cables can result in conductor breakage.

To properly calculate the length of an energy chain cable carrier, use the following equations: 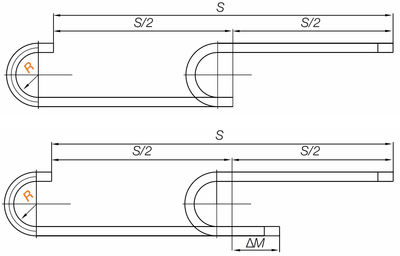 Energy chains vs motor cable drums: which are better?

Both the motorised cable drum and the energy chain have advantages and disadvantages, depending...

Signal conditioning: getting the most for your money

The importance of taking care in selecting a signal conditioner cannot be understated — a...

Motor independence: what's in it for you?

Each motor type has its advantages and drawbacks, so it is important to comparatively assess...