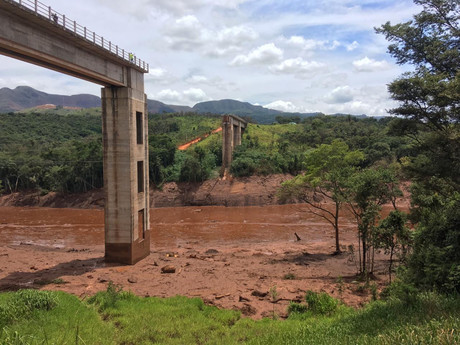 Brazilian mining company Vale SA has announced it has completed a remediation operation to reduce tailings flow into the Paraopeba River. The pollution is a result of the catastrophic collapse of the tailings dam at Brumadinho on 25 January, killing 230 people.

Vale completed a sheet pilings curtain, located upstream of the Alberto Flores bridge, which the company says contributes to reducing the solids being transported downstream from Ribeirão Ferro-Carvão to the Paraopeba River and directs the sediment laden water to a fluvial water treatment plant reservoir, which is already in full operation.

In the water treatment plant, the water is separated from the solids by a decanting system and afterwards undergoes a filtration process, returning clean water, and within legal standards, to the Casa Branca stream, another tributary of the Paraopeba River.

“The decanted solids in the sedimentation basin are directed to large pockets called geotextiles, responsible for containing, storing and dewatering the tailings,” the company reported. “The drained water from these pockets will then enter the treatment system. The solids in the geotextile tubes will be removed and transported to an area previously defined and authorised by the competent bodies.”

Vale has also been working on the implementation of other structures along the river, such as the installation of hydraulic barriers and a dam, with the aim to contain tailings and reduce sediment flow along the waterway.