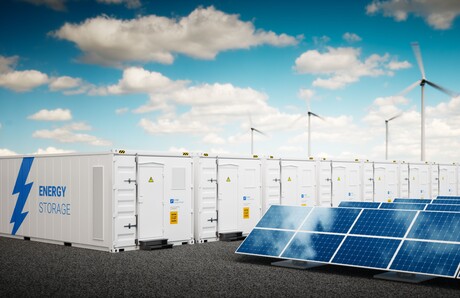 The mine site is only about 25 km from the port of Darwin and was given government approval in April to become the Top End’s — and Core Lithium’s — first operating lithium mine.

Lithium is used to make batteries and is becoming increasingly in demand alongside the rise in popularity of electric vehicles and renewable energy storage systems.

The $5 million loan is from the NT Government’s Local Jobs Fund and will contribute to capital funding needs with the concessional interest rate expected to lower the overall finance cost. Core Lithium continues to engage with debt and equity capital markets in finalising the balance of the Finniss Lithium Project’s capital funding requirements.

It is also working with the jobs fund’s investment committee to finalise documentation alongside a commercial project financier.

The mine is expected to produce 175,000 tonnes of lithium concentrate per annum for up to 10 years, generating more than $150 million in revenue a year.

Core already has a binding agreement with China’s Yahua for 75,000 tpa and a non-binding MOU with Geneva-based Transamine Trading for a further 50,000 tpa, which in total represents about 70% of production.

Core Managing Director Stephen Biggins said the lithium concentrate would most likely be used for the production of electric vehicle batteries or renewable energy storage systems.

“We are delighted to have the support of the Northern Territory Government in the offer of a concessional finance facility, which contributes to the transition from developer to miner,” he said in a statement to the Australian Securities Exchange. “The Northern Territory Government’s proposed financial commitment is a recognition of the value of the near development-ready Finniss Lithium Project and its contribution to reducing global emissions and rebound in economic growth in the Territory.”

“To ensure the Territory rebounds strongly from COVID-19 the Northern Territory Government is investing in projects that will help our economy grow and create jobs for Territorians,” he said.