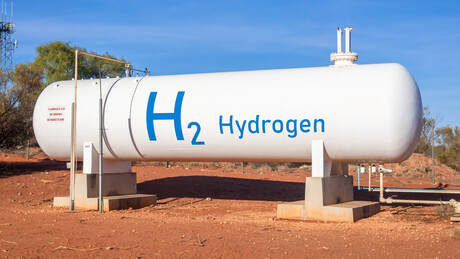 Rio Tinto and Sumitomo Corporation have announced a partnership to study the construction of a hydrogen pilot plant at Rio Tinto’s Yarwun alumina refinery in Gladstone and explore the potential use of hydrogen at the refinery.

The two global companies have signed a letter of intent that focuses on Yarwun as the location for a Gladstone hydrogen plant that Sumitomo has been studying. If the project proceeds, the pilot plant would produce hydrogen for the recently announced Gladstone Hydrogen Ecosystem.

The study supports the efforts of Australian, Queensland and local governments to establish Gladstone as a clean hydrogen hub of the future.

“Rio Tinto has a long relationship with Sumitomo and we are delighted to partner with them to explore the possibilities of hydrogen, not only for our own refinery, but for Sumitomo to supply industry more broadly in Gladstone,” said Rio Tinto Australia Chief Executive Kellie Parker. “Reducing the carbon intensity of our alumina production will be key to meeting our 2030 and 2050 climate targets. There is clearly more work to be done, but partnerships and projects like this are an important part of helping us get there.”

“We are excited about working together with Rio Tinto as our long-term partner to develop this hydrogen project in Gladstone and working toward our company’s vision of achieving carbon neutrality by 2050,” said Sumitomo Corporation’s Energy Innovation Initiative Director, Hajime Mori. “We believe the pilot plant will play a significant role in establishing the Gladstone Hydrogen Ecosystem.

“Sumitomo has commenced the design study and preliminary master planning to build the Gladstone hydrogen ecosystem and we will continue to work towards future hydrogen exports from Gladstone.”

Queensland Deputy Premier and Minister for State Development Steven Miles said Gladstone is an industrial powerhouse and this partnership presents a great opportunity for the region and the state.

“This is only the beginning of a wave of international collaborations that will lead to new industries and new jobs underpinned by the supply of renewable energy,” he said.

“Gladstone’s world-class deep water port, water security through Awoonga Dam and industry attraction via the local state development area have set Gladstone up to become the hydrogen capital of Australia, providing massive employment and supply chain opportunities both locally and in the Central Queensland region,” he said.

The Sumitomo partnership complements a recently announced feasibility study into using hydrogen to replace natural gas in the alumina refining process at Yarwun and provides the potential for larger-scale implementation if the studies are successful.

Fugro partners with Nexxis to operate robots via satellite

The partnership in WA has demonstrated how a remote operations capability can be applied to space...

Ampcontrol engineers have been recognised for their contribution to innovation, industry and...