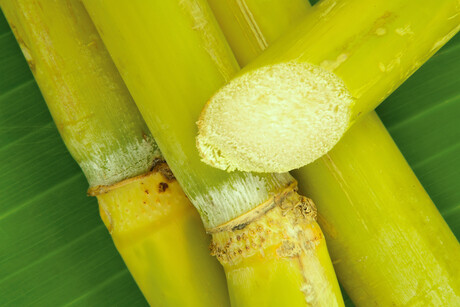 Final-year chemical engineering students at The University of Queensland are investigating how sugarcane can be used as a clean energy source to create hydrogen. Professor Damien Batstone said bagasse and other agricultural residues were an abundant resource that could generate ‘green’ or carbon-negative hydrogen at scale.

“One hundred and fifty students in 36 teams are analysing both thermal gasification and the more cutting-edge ‘supercritical hydrothermal gasification’ method,” he said. “The new approach looks promising, with the cost as low as one-third that of the current options.”

The process uses waste biomass — crushed sugarcane stalks and leaf — to produce hydrogen for under $3 per kilogram.

“The technology can be used with any waste biomass, including green waste and municipal waste streams, and the students’ economic models and design processes show it can be put into practice immediately,” he said. “Adopting this new hydrogen production approach could have a tremendous impact on the sugarcane industry as farmers seek alternative uses for their crops and mill infrastructure.

“This offers an alternative pathway with potential for higher profits for canegrowers who may have considered exiting the industry, as well as job opportunities for regional areas and clear environmental benefits.

“The process allows sugarcane to be used in ethanol and plastic production, while fully utilising the biomass residues.”

Batstone said agricultural residues were heated to between 400 and 1000°C to create syngas, then a series of conversion and separation processes generated pure hydrogen.

“It can be done at atmospheric pressure or at very high pressure in the presence of water,” he said. “Gasification has been widely applied to coal processing but has not been applied to hydrogen production from biomass at large scale.”

Batstone said the project required students to engage intensively with renewable energy and energy transformation, to give them an understanding of the industry’s key challenges at the outset of their careers.

“The federal government’s 2019 National Hydrogen Strategy identified hydrogen as a critically important future source of energy,” he said. “It flagged creating hydrogen using fossil fuels at $3 per kilogram with significant carbon emissions and non-fossil-based renewable electricity at significantly higher prices between $6 and $11 per kilogram.

“Industry professionals and UQ researchers are guiding the students in this emerging and vital field, and their work could have a real benefit for industry and the environment.”

“Previous courses taught chemical engineering principles; this project required us to apply these as we would as engineers in the workforce,” he said. “We engaged with the sugar industry and technology specialists, and it’s exciting to know that our work will have direct relevance to Australian industry.”

Professor Batstone said a position paper compiled from the teams’ findings would be made available to farmers and sugar companies for potential application in their businesses.

Big Joe Forklifts back in Australia after years abroad