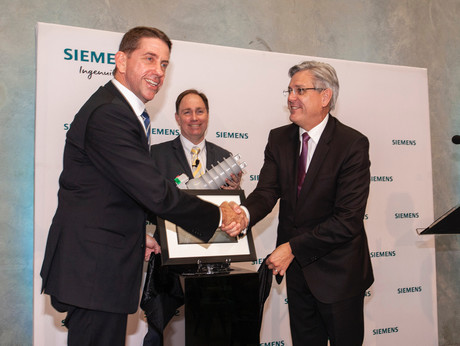 Siemens officially opened a new factory in Yatala, Queensland, on 12 September to support the growing global demand for Fusesaver, an innovative home-grown product that is helping to eliminate up to 80% of sustained electricity outages on rural networks in over 30 countries and counting. The current and future investment into the new factory, totalling about $25 million across five years, will support local research and the manufacturing of Australian-made smart infrastructure products for energy utilities worldwide.

Speaking to guests and media at the launch, Cameron Dick, Queensland’s Minister for State Development, Manufacturing, Infrastructure and Planning, welcomed the investment into Queensland.

“Queensland has a proud history in developing smart infrastructure, including Fusesaver, which was invented in a garage in Slacks Creek before Siemens acquired it in 2012 and gave it a global platform for growth,” he said.

“The fact that a product of Queensland innovation is now being exported to 30 different countries shines a spotlight on our state’s manufacturing capability and potential. This investment by Siemens represents a strong vote of confidence in Queensland’s manufacturing sector, which employs 170,000 people and contributes around $20 billion a year to the state’s economy.

“Our government has a 10-year plan to transition the state’s manufacturing sector to more advanced manufacturing high-paid, knowledge-based jobs by 2026, and innovative, visionary companies like Siemens are supporting us to achieve this goal.”

In addition to supporting the growth of Fusesaver, a significant portion of the investment will also support the research and development of new products such as the new Compact Recloser announced at the launch.

Speaking at the launch, Siemens Australia Chairman and CEO Jeff Connolly said, “Siemens is both global and local, which means that with Fusesaver we’ve been able to bring a brilliant Australian invention to the world — from start-up to scale-up. We’re one of the few companies that can say we’ve been operating in Australia for almost 150 years; we’re part of the fabric of Queensland but we also have the advantage of global reach as we operate in 190 countries. This is a great jobs story and great export story which makes me very proud.

“The success of Fusesaver reiterates that Australia can be a competitive manufacturer and scale globally. We’ve already been able to take Fusesaver to 30 countries and that’s just the beginning. Energy security is a household topic at the moment and Brett Watson, one of the inventors of the product, and his team have created something that’s not only unique, but helps energy utilities deliver energy security especially in rural areas in Australia but also around the world.”

One of the recent highlights for Fusesaver was last year’s €1.5 million UK Power Networks order that was the largest outside of Australia for the product. Headquartered in London, UK Power Networks delivers electricity to approximately 8.2 million homes and businesses in England. Closer to home, Powercor, the company that owns and manages poles and wires delivering electricity to nearly 780,000 homes and business in Victoria, installed over 600 Fusesaver units across their network to help reduce the risk of electricity assets starting a bushfire.

Dr Brett Watson, one of the co-founders of Fusesaver, said the product is the fastest outdoor vacuum circuit breaker on the market. “Since we developed the technology, it has helped reduce electricity outages in rural networks worldwide and, in the process, saved many millions of dollars in costs for providers. We’ve been overwhelmed by the response but also not surprised by it given how much money and time the product saves. We welcome this investment and look forward to continuing what we do best, developing innovative products that solve real problems.”

The products designed in the new factory use benchmark Siemens product lifecycle management (PLM technology) NX software for 3D design and Teamcenter portfolio for engineering collaboration that’s been used to design and develop the Space X, Mars Curiosity Rover, Maserati Ghibli and many other innovations.

Fusesaver is the world’s fastest medium voltage (MV) outdoor vacuum circuit breaker. It protects overhead distribution networks in rural areas. As a fuse is unable to distinguish between temporary and permanent faults, it blows on all faults, causing downstream customers to lose power and requiring a line crew on-site.

In rural networks it may take hours for the line crew to drive to site, patrol the line and reconnect supply. This leads to high operating costs for the utility. Fusesaver can detect, open and clear a fault in as little as 10 ms, which protects the fuse and line while enabling higher network reliability. Its unique fault-clearing speed makes it the fastest MV outdoor vacuum circuit breaker. This feature also reduces the risk of bushfires dramatically because it diminishes the probability of an arc ignition causing a fire.