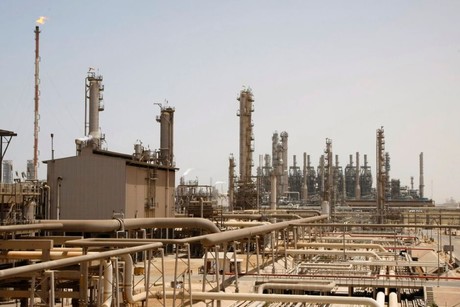 The ABC has reported that Saudi Arabia's state oil company Aramco has launched its initial public offering (IPO), announcing its intention to list the world's most profitable company on the kingdom's domestic stock exchange.

Aramco is estimated to be worth 50% more than Microsoft and Apple, and a 2% public offering of the company would make it the biggest IPO of all time.

Confirmation of the share sale in Saudi Arabian Oil, or Aramco as the oil giant is usually known, comes about seven weeks after crippling attacks on its oil facilities which affected about 6% of the world's oil supply.

Aramco did not give a time frame or say how much of the company it would sell, but sources have told Reuters the oil company could offer 1–2% of its shares on the local Saudi market, raising as much as US$20–40 billion, making it the biggest public IPO of all time.

The company said the IPO would be split into two tranches: one each for institutional and individual investors.

The percentage of shares to be sold and the purchase price would be determined after the book-building period — a process determining investor demand for shares — it added in a statement.

The IPO of the world's most profitable company is designed to turbocharge Crown Prince Mohammed bin Salman's economic reform agenda by raising billions to diversify the kingdom, whose dependency on oil was highlighted by the production impact of the September attacks.