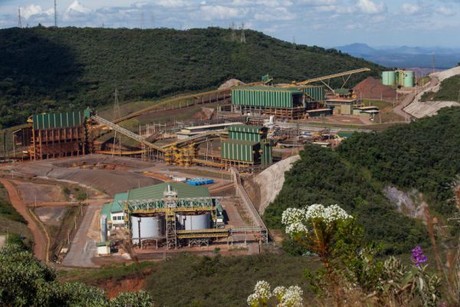 Samarco joint venture partners BHP and Vale have received a licence to continue iron ore operations in the Germano Complex in the state of Minas Gerais of Brazil.

Samarco Mineração SA (Samarco) has reported that it has received a Corrective Operation License (LOC) for its operating activities in the Germano Complex, located in the state of Minas Gerais (MG). The license was approved by the Brazilian Mining Activities Chamber (CMI) of the State Council for Environmental Policy (COPAM). The licence comes four years after the Mariana tailings dam burst in November 2015, resulting in flooding that destroyed the village of Bento Rodrigues and killed 19 people.

Following this authorisation, Samarco and its joint venture partners, BHP and Vale, have now obtained all environmental licences required to restart operations at the site.

Samarco is expected to restart operations using new technologies for dry tailings stacking. For this reason, the operational restart of iron ore extraction and beneficiation plants in Germano, and the pelletising plant in the Ubu Complex, located in Anchieta, state of Espírito Santo, will only occur after the implementation of a filtration system. The construction of the filtration plant is expected to take approximately 12 months from LOC approval. During this period, the JV will continue its operational readiness activities, which include equipment maintenance.

“With the approval of the LOC application, Samarco is authorised to restart operations, but first we want to adopt new filtration technologies that will increase safety — a key principle that guides our work for Samarco’s recovery and operations,” said CEO Rodrigo Vilela.

Following the implementation of the filtration process, and subject to shareholder approval, the company currently expects to restart its operations around the end of 2020. Samarco will initially produce around seven to eight million tonnes a year, before reaching a capacity of around 14–16 million tonnes within another six years.